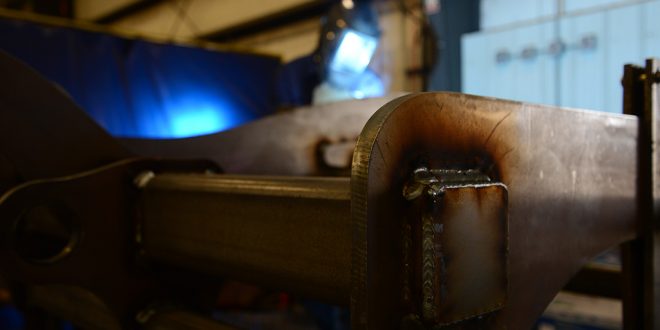 Where are the ‘makers’?: Finding workers is a big challenge for Dakota manufacturers

The Dakotas are known for having structures that help to build successful manufacturing companies, such as modest taxes and minimal regulations. But one key ingredient has been lacking: workers. 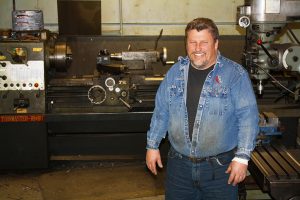 Collin Newton, owner of Parkston Precision Manufacturing in Parkston, S.D., has found it difficult to hire a person with the right skill set to help in his business. Photo by Wendy Royston

Collin Newton, owner of Parkston Precision Machining in Parkston, S.D., can tell you about this problem firsthand. His struggles in hiring qualified employees affected his ability to meet his customers’ demands.

“It was difficult to keep up,” Newton said. “I should be able to do a complete die in one week, but with all the other business coming in, just trying to find someone who could competently handle all of the issues over here and just repair work, I was always being called away from that.”

Without enough qualified help in the shop, he eventually wasn’t able to do the work at the quality or speed he should have, he said. He no longer does the specialized die sharpening and repair that he had started his business to do.

Newton’s challenge was that he needed someone with more than one skill set.

“I have no position for just a welder,” he said. “You need to be a mechanic, and you’re going to learn to run those machines. … They need to have tools, they need to be able to engineer, and they have to be able to think on their feet, while they’re working along with everything that they’re doing.”

Newton isn’t actively hiring at this moment because of some temporary changes at his shop, but he said he’d do what he could to hire if a great candidate crops up—because who knows how long it would be before that happened again.

He clearly isn’t alone having a hard time finding workers. A recent employment search in North Dakota, using some of the most common manufacturing terms, showed more than 2,000 available positions on www.jobsnd.com. A search of seeker.sd.gov yielded 510 listings for “production operations.”

David Owen, president of the S.D. Chamber of Commerce & Industry, said the workforce shortage has been a constant part of the state’s conversation for 15 or 20 years, no matter what else is going on in the economy.

“We went through one of the deepest recessions in history, and some manufacturers were still having trouble finding some skilled workers,” Owen said.

A combination of factors have combined to create the worker shortage—and that variety of causes has made it a challenging problem to address.

When the unemployment rate is high, and there are relatively few job openings, the burden is on workers to match themselves to the skills that employers need. That’s not been the case in the Dakotas for several years now—even in the height of the most recent recession, when the national unemployment rate hit 10 percent, the rates never went above 5.2 percent in South Dakota or 4.3 percent in North Dakota.

Current unemployment rates are near record lows—3.1 percent in North Dakota and 2.7 percent in South Dakota. That means the hiring burden falls more on employers than on workers, since there’s a smaller pool of people looking for work.

The Dakotas have been known for having a hard-working population. 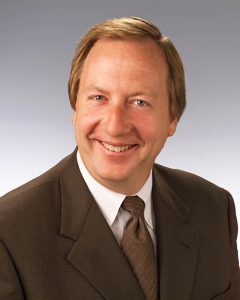 Owen said a speaker at a conference summed it up well: Productivity in urban areas isn’t the same as in the Midwest, because Dakota kids grew up watching people work.

“If you grow up on a farm, or you grow up watching people shovel snow, you grow up in a culture that says, ‘Oh, you need work done? That involves energy,’” Owen said. “We are, to a large extent, task-oriented people. That’s an advantage.”

But even in the Dakotas, that situation has changed in recent years—as Owen recognizes in his own life.

“If you ask my 10-year-old son, ‘What does your daddy do for work?’ he’s either going to hold a phone to his head or he’s going to grab a black bag, get into the car and drive away,” Owen said. “He doesn’t know what I do.”

The kind of work that young people typically see and experiment with growing up is increasingly less like the work that manufacturers need—which doesn’t mean they can’t learn to do this work, only that it’s less familiar.

Newton said he’s run into this challenge in his search for a welder who is also willing and able to fix and adapt equipment as needed. In a previous generation, this would have been an easier search—people were more used to fixing what broke, in part because they more often had to make do with what they had.

“People of that nature don’t exist anymore,” he said. 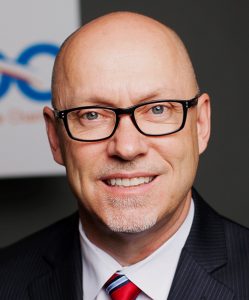 Young people are also less likely to be steered toward manufacturing as a possible career by their parents or their teachers, according to Andy Peterson, president of the Greater North Dakota Chamber.

“The reputation of manufacturing has been dirty, dark and dangerous, with no future, so kids aren’t going down that route as readily as they once did,” Peterson said.

Of course, some of manufacturing’s bad reputation has been well-earned—working conditions in factories a century ago were notoriously dismal and unsafe. But today’s manufacturing is vastly different, Owen said.

“Factories are spacious, well-lit,” he said. “There’s every kind of way to assemble products that you can imagine.” Worker-led work groups, different shifts and different stations make the work more varied and social than it once was as well, he added.

Low pay and little chance for advancement are also parts of manufacturing’s reputation that are no longer accurate, according to both Peterson and Owen.

Manufacturing careers are lucrative—pay in both states is virtually on par with the U.S. Census Bureau’s 2013 median income levels in each of the states, according to the National Association of Manufacturers, at $50,417 in South Dakota and $55,754 in North Dakota. Most manufacturing employees have full benefits packages. And advancement is a real possibility for employees who stay with a company long-term and are willing to learn new skills and take on leadership roles.

“You can make a difference in your own career and in the lives of others through manufacturing, and at night, the time is yours,” said Peterson. “You’re done with your shift. You’re done with your work until the next day. … I don’t think we talk about those benefits. … When you really look at manufacturing, there’s an opportunity to have a really great life if you chose that route.”

But, while salaries for production work are not lower than average salaries in the states, they often are lower than white-collar workers in the same businesses, which can create tension within companies.

“That frustration is understandable,” Owen said, but he added, “the market sets the value for work, as it has been through time. The more brain power a job requires, the fewer people who can or will take it on drives the value of that job up. It’s not as easy to find a CAD (computer-aided design) operator as it is to find somebody who can pull pill containers out of a mold, so fairly or unfairly, the CAD operator gets paid more.”

The latest labor bulletins indicate the wage gap is narrowing.

“What we are seeing, especially with the workforce shortage, is that these manufacturers value a steady workforce, so while they are not catching up to the white-collar-skill jobs, there are more and more of those production positions that are good head-of-household kind of jobs,” Owen said.

Manufacturers today are looking for workers with a new skill set.

“It used to be that when I would go into a large manufacturer in North Dakota, like Case New Holland, they would say, ‘Send me your farm kids, because they can fix things, and they have a great work ethic,’” Peterson said. “Now what they’re saying is ‘Our ideal candidate is a farm kid who can fix things, who has a great work ethic, who spent some time in the Navy.’ … While a farm kid can fix everything, there are some specialized skills that they’re looking at. So, if you can attract those candidates and then invest in the equipment, now you have higher productivity.”

Manufacturing processes are increasingly automated, partly in response to a difficulty in finding workers. And automation, in turn, is changing the kind of work that people still do—in many cases, for the better, he added.

“Robots are taking people’s places, but the jobs we’re ending up with are much more technical, higher-paying, and jobs (in which) the people don’t wear out. I see some really good
trade-offs,” Owen said.

As production work has changed, the share of the employees doing that work has dropped considerably. In many manufacturing companies, 50 percent of the workforce—or less—is doing the blue-collar work, while the other half of the staff is working in
engineering, management, financing and other roles, according to Owen.

There are people in the Dakotas and the rest of the world eager for a chance to work. But connecting those people with the available work presents its own challenges.

The population is increasing on Dakotas’ reservations, for example, and the unemployment rate is high, Owen said, which could theoretically provide many willing manufacturing workers. But manufacturers are skittish about bringing facilities to where those potential workers are because the legal structure on reservations is unlike the rules they play by elsewhere.

“And with land ownership rules being as they are, because it’s tribally focused, it is very difficult to get people to make investments in those areas of tens and tens of millions of dollars,” Owen said.

Immigration also presents an opportunity for more workers, but it has up-front costs. New immigrants can have a long adjustment period in which language and cultural barriers have to be overcome. This requires investment, patience and understanding both from the employers and the community.

Owen said Huron had a “rough decade” after Karen refugees from Burma came there to work in its turkey plant, but over time, everyone has adjusted. 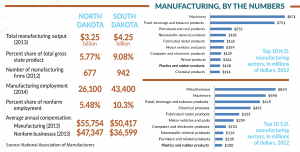 “Natural evolution” has made machinery top the National Association of Manufacturers’ list of manufacturing sectors in North Dakota, according to Andy Peterson of the Greater North Dakota Chamber.

“We produce equipment because it’s in our DNA,” he said. One example is the creation of the Bobcat company in Gwinner, N.D., as a result of the need of area farmers to clean manure from barns quickly. “It’s not surprising to me that our largest sector of manufacturing is in equipment. It just makes perfect sense.”

South Dakota’s top manufacturing industry is identified by NAM as “miscellaneous.” This indicates, according to David Owen of the S.D. Chamber of Commerce & Industry, that the state “manufactures a wide variety of things.” Examples include several paper products and “supply chain” products, such as the parts made by Falcon Plastics in Brookings and Madison, which are then put into ink cartridges made at Mitchell’s Toshiba plant, then put into copiers made by that Tokoyo-based company.   —Wendy Royston

What else affects Dakota manufacturers?

the price of oil.

When oil went from $115 a barrel to $35 or $40 a barrel, the effect on the N.D. economy was far-reaching. “It has slowed down the demand for so many things, whether it’s pipe for drilling (or) gravel (or) construction (or) machinery. That’s all slowed down,” Peterson said. “The good news in our state is that the eastern side of our state, which is loaded with technology—and that is, in my mind, a manufacturing process—that is on fire, and that has kind of held us up.”

“We, as a state, have been recognized as one of the best business climates of the United States. On an annual basis, the state’s business climate is consistently ranked either at the top or near the top in national surveys,” said Dave Anderson, with the S.D. Governor’s Office of Economic Development.

This is helped the state recruit new businesses, and has encouraged established businesses to expand.