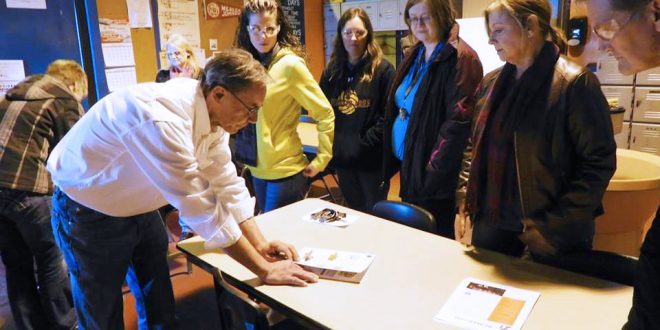 Webster teachers tour workplaces in the town to learn about available jobs so they can better advise their students about local career options. Photo courtesy Webster Area Development Corporation

Pass on the word, teachers: There are jobs here

Many rural communities have a dilemma that goes something like this: Ask the young people in a community where they’d like to live someday, and the majority say they’d love to live in their hometown if they could—but alas, there are no jobs. Business owners say they can’t find people to fill their jobs; they’d love to get some of the local kids to eventually take those positions—but alas, young people don’t want to stay here. 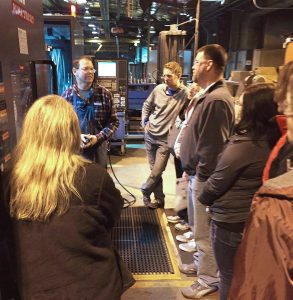 Webster teachers tour workplaces in the town to learn about available jobs so they can better advise their students about local career options. Photo courtesy Webster Area Development Corporation

A group of leaders in Webster, S.D., is hoping they can enlist teachers to bridge that disconnect by making sure they know about all the jobs available in the community.

On March 18, 50 teachers in the Webster Area School District toured four businesses: Mereen-Johnson Machine Company, Dakota Foundry, Webster Scale and Anderson Industries. They learned about the kinds of jobs available, whether right out of high school or after some additional schooling elsewhere.

If teachers know about local opportunities, the thinking goes, they can correct the misconceptions of students who assume they have to go someplace bigger to find success.

The idea for the tour came after an initiative team formed that brought together leaders in both education and industry to talk about how they could work better together. This initiative team is one of several that formed in Webster after a community engagement process that began in 2014, with the help of Dakota Resources. The Webster Area Development Corporation got the ball rolling, but many of these teams have taken off with their own leadership since they formed.
—Heidi Marttila-Losure