Print This Post
As an energy auditor for GROW South Dakota, Dan McNeil travels around the northeastern part of the state, helping homeowners figure out what efficiency improvements would yield the most in cost savings and added comfort.

Green Spark 8: Get an Energy Audit. 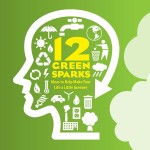 Does your house feel a little drafty?

It’s a common situation in houses in the Dakotas, where many homes were built before energy efficiency was a construction priority.

As an energy auditor for GROW South Dakota, Dan McNeil travels around the northeastern part of the state, helping homeowners figure out what efficiency improvements would yield the most in cost savings and added comfort.

GROW South Dakota offers home energy audits to any homeowner for a fee. McNeil says his visits last from three hours to more than five, depending on the size of the house and other factors.

“Sometimes you start digging, it takes you a while to figure out what’s going on with the house,” McNeil explained. With many of those large homes, “I won’t say they were constructed poor, but maybe weren’t constructed the best for energy savings. We try to figure out a way we can get in there and stop some of that cold air.”

He evaluates the windows, the level of insulation in the walls and attic, and the efficiency of the furnace. He also conducts a blower-door test, which simulates the effect of a 20 mph wind on the house. Sometimes during that test he can physically see where the air is getting in.

Then he plugs all that information into a software program, which is preloaded with the typical cost for some of the recommended improvements. This allows him to provide homeowners with the savings-to-investment ratio so they can do the upgrades that will do the most good.

In our area, three areas typically yield the most savings, according to McNeil:

McNeil said they find an average of $400 of yearly savings, and for big farmhouses they sometimes find $1,000 to $1,600 in annual savings. And many of the fixes don’t cost a lot to do.

“If you look at where things are headed with gas and oil prices, the more houses we can get to and touch, the better I think we’ll all be overall,” he said.