Print This Post
There are people who don’t mind Dakota winters. And then there are those who become snowbirds—either actually or mentally—at the first hint of flurries. After years of observation, I think I’ve found the key difference between them: long underwear.

The folks who are winter happy 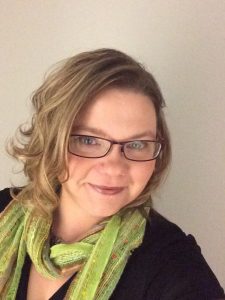 There are people who don’t mind Dakota winters.

And then there are those who become snowbirds—either actually or mentally—at the first hint of flurries.

After years of observation, I think I’ve found the key difference between them: long underwear.

First of all, wearers of long underwear (hereafter referred to by the fun acronym WOLUs) have faced the reality of the situation. Yes, it gets cold here. The wind blows. Pretending it doesn’t, or shouldn’t, makes you pretty well constantly grumpy and uncomfortable, and feeling cheated that you aren’t settled somewhere else.

But this land of infinite variety provides many realities. Sometimes pleasant sweatshirt weather arrives midwinter—the balm for the soul that is a January thaw. The key to happiness (weather-wise, at least) is being OK with what is and adapting to it.

Second, WOLUs are not so worried about “keeping up appearances.” Yes, that skinny jeans look is “in” now. But shivering won’t make it look any more attractive. WOLUs understand that a key part of attractiveness is confidence, and a key part of confidence is being comfortable—both in what you’re wearing and in your own skin.  Authenticity matters more than polished appearances.

Finally, WOLUs are not stymied by memories of the way things used to be. Put off by memories of itchy woolen long johns? The technology has improved considerably over the years! Some long underwear are thin enough to work well under dress pants. And they aren’t, by themselves, itchy. (Though you may get itchier when long underwear  season hits because the air—and hence your skin—gets drier. Applying lotion regularly solves this problem.)

And if you’ve started thinking that there might be a lesson here beyond undergarments—well, I was thinking the same thing. Maybe the more that we community members understand the realities we face, embrace authenticity, and keep the past from dominating decisions of the present, the more luck we are going to have with whatever we try.

And we’ll be more comfy all winter to boot.