Print This Post
During the last several years, I have engaged in a series of interviews and on-site farm visits with members of the South Dakota Grasslands Coalition.

‘Feeding the world,’ but feeding it what and for how long?

During the last several years, I have engaged in a series of interviews and on-site farm visits with members of the South Dakota Grasslands Coalition. From those conversations I have become aware of a remarkable and surprisingly robust grass-roots movement taking shape and gaining momentum among agricultural producers.

This is a movement emphasizing soil health, conservation and naturalistic approaches to agriculture and food production, and it is a movement that is populated not by smaller operators focused on specialty crops or organics, but by large-scale farmers and ranchers.

I asked members of the South Dakota Grasslands Coalition to share their views on the expression, “Farmers feed the world.”

Among the coalition’s farmers and ranchers I spoke with, the expression is viewed as a successful and relatively accurate public relations jingle that doesn’t address several critical aspects of farming, stewardship, and land management.

Some observers believe the “feeding the world” idea provides conventional, industrial agriculture with a façade of gentility, purpose and meaning. That message has received some scrutiny in recent years. Surveys and focus groups indicate increasing skepticism about the quality of food being produced by conventional farming and food producers. Today’s consumers are intentionally and increasingly avoiding heavily processed foods and foods with connections to pesticides, hormones, antibiotics, GMOs, and chemicals, and they’re gravitating to foods they view as safer and healthier. One former ConAgra executive said the movement is the greatest transformative consumer shift he witnessed in his 37-year career.

Members of the South Dakota Grasslands Coalition understand the public shift now underway because they share the same sentiments and desires as those consumers who prefer to eat healthy food.  There is, coalition members know, a relationship between healthy land, healthy land management practices, and healthy food. 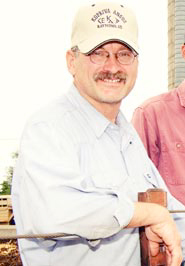 Jim Kopriva is a coalition board member, and he and his son farm and raise livestock in the coteau des prairie country of Clark County, S.D. Their award-winning 3,000-acre enterprise emphasizing perennial grasses is an anomaly in their rural neighborhood. What was not so long ago a region dominated by prairie and cattle has been converted to a landscape mantled by annual grains, especially corn and soybeans.

Kopriva’s pet peeve is tillage, particularly fall tillage, and protecting soil health has become his passion. “Yes, we’re probably feeding the world,” he said, “but that simple notion and the emphasis on yields and production distorts the big picture. For example, while we are feeding the world, what are we learning about saving our soils? Much of the rest of the world has already desecrated their soil resources. In this country our soils have survived not because of stewardship but because they haven’t been farmed all that long. If we don’t change the way we treat our soils and the ways we farm, we won’t be able to feed ourselves, much less others around the world.”

“I believe we can not only feed people but also protect and build our soil resources,” Kopriva said. “To do that we need to eliminate tillage and practice serious crop rotations that aren’t simply going back and forth with corn and soybeans. We must also add perennials to the land, and plant cover crops. If we expect to keep feeding the world we need to keep roots in the ground. That will keep our soils healthy and productive.” 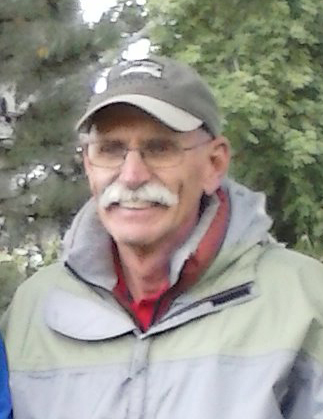 Rick Smith, who farms near Hayti, S.D., he enjoys describing his personal evolution as a farmer. While others in his area converted grasslands to grains, Smith has done the reverse.

“I’m still learning,” he said, “but once I admitted that I was farming the wrong way and started paying closer attention to what I was doing to soils and water resources, I completely changed my approach to agriculture.”

“Do American farmers feed the world?” Smith asked. “It’s not some new revelation, really, but producing food is not just about farmers anymore. Consider all the people who build farm equipment and the scientists who create the chemistry and technologies used in farming. These are all a part of today’s agriculture. What about the logistics, the modern transportation system needed to move food around the world? That’s also a factor in feeding the world.”

Like Jim Kopriva, Rick Smith references the need to look at a broader, bigger picture when discussing whether or not farmers do and can continue to feed the world. “My farm, like other farms, is a business, and I believe that three concepts must be met in order for my business to be sustainable,” he said. “First, my business must be profitable. Second, it must function without harming resources, and third, it must contribute to the community and family. Today’s agriculture might be feeding the world but is it sustainable? I don’t think so, but it can be.” 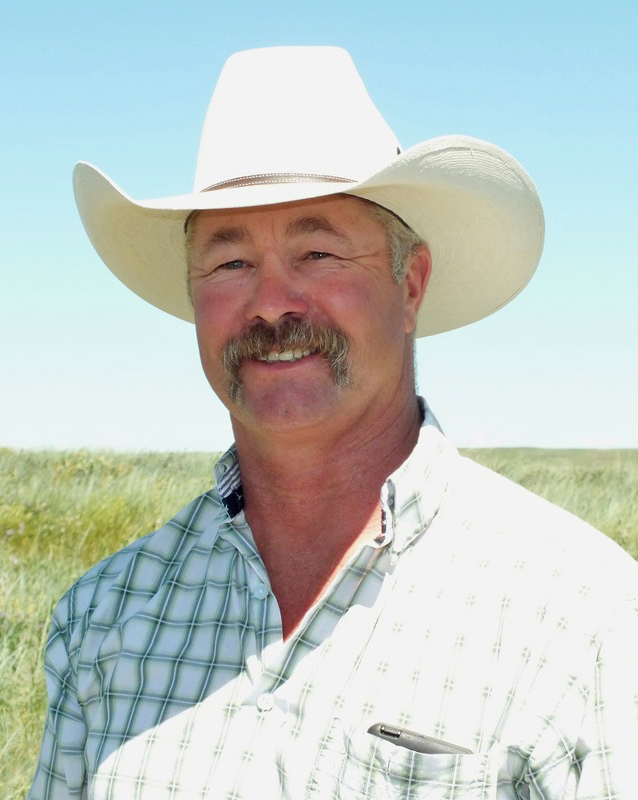 On Doug Sieck’s 3,000-acre operation near Selby, S.D., the switch in land management came in 2007. “I learned that Mother Nature wants diversity,” Sieck said, “and that just about the only places where we find large-scale monoculture is where human beings have interfered.”

Sieck keeps a couple thousand acres in diverse grasslands, and plants annual grains on the remainder of his farm. He blends full-season cover crops throughout the annuals, with a goal to accelerate microbial activity. “I keep roots in the soil,” he said, “and that keeps biological activity in the soil, and that helps build organic matter in the soil.”  Sieck’s strategy maintains fertility without a steady reliance on synthetic fertilizers, and it also prevents soil erosion.

“This enthusiastic idea about feeding the world and producing more and more on the land needs to consider the long-term harm to soil and resources,” Sieck said. “Are we growing the food to feed the world in a regenerative and conservative manner?”

Sieck would like to see more livestock exports. “Let’s feed the world using more meat, with concentrated protein products and without such a focus on grains. Growing livestock can be regenerative for the land.”

The present-day emphasis by many farmers on the here and now rather than the long term has and will continue to damage soils and resources, Sieck said. “Farmers put synthetic fertilizers on their land because they want results right away. Building soils takes time and patience through things like careful crop rotations and cover crops, but it’s the better approach.

“We aim for feeding the world, but what about the world of the future?  You can say that you have built the fastest car in the world, but the more important consideration is how far it can go.”

In a side note… The world needs more than feeding, sustainable ag expert says

The expression “U.S. farmers feeding the world” is a distraction from more important agricultural issues, and a mischaracterization of farming’s capabilities and objectives, according to Fred Kirschenmann, Jamestown, N.D.-area farmer and an internationally recognized expert in sustainable agriculture.

“The carrying capacity of the planet isn’t about just feeding all the people who live on the planet,” he said. “There are ecological considerations that must be part of the discussion, and a whole range of social and political problems and the concept of waste that are also part of this discussion. Climate change is another consideration.”

The institutions and corporations of the current and dominant system, said Kirschenmann, want to continue specialization and increased production and yields on a few commodity crops using monoculture approaches to land use. “They use the expression because they think it gives them a moral high ground from which to pursue the type of agriculture they profit from,” Kirschenmann said.

How successful have American farmers been? Kirschenmann points out that America’s most agricultural state, Iowa, where much of the land is devoted to a single commodity crop, actually imports 90 percent of its food.