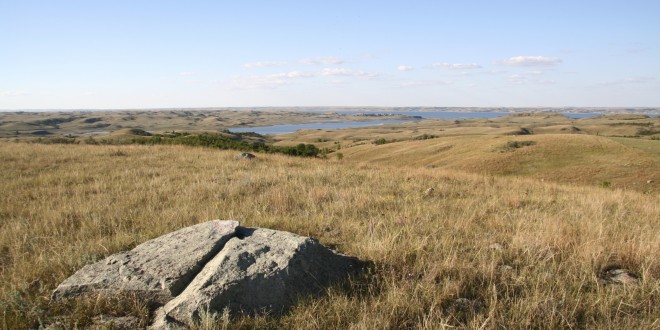 After living in other parts of the country for 12 years, when I replanted myself here I was able to notice key parts of Dakota culture I probably wouldn’t have seen before, when I was deeply rooted in the culture myself. One of those key insights: People here know how to stretch a dollar.

This skill in household economic management shows up in various ways: Most people I know are very aware with what is on sale where, and most generous souls share that info with their neighbors. They don’t spend on fancy when store brand will do, and they can also make do with what they have or do without if needed. I think the legacy of the Depression is still strong around here—we are still influenced by that generation.

I think sometimes, though, we are so good at managing our households that we don’t always think about our role in managing the “household” we all share. For we do all share a responsibility in making sure the planet we call home stays within its budget, too.

Our bank accounts aren’t limitless, and it turns out, neither is the “bank” we draw from for many of the things we need to survive. Most of the things we use and need have limits. The problem for us humans is it’s hard to see those limits from where we are.

Most of us know how to keep from bouncing a check—just don’t spend more than what’s in the checking account. But if our money was spread out between hundreds or thousands or even millions of accounts, with fractions of a cent in each one, we’d have a harder time avoiding spending more than we have.

That’s the way it is with the resources we need to survive: Just because we can’t see the limit from where we are doesn’t mean it doesn’t exist.

If we humans as a species could apply to the world the traits that we Dakotans know so well for our households, our decision-making would be a lot easier.

For example, we know that it’s not a good idea to spend more than we need from our paychecks—we need to keep some back for the unexpected problems life throws at us, both big and small. Similarly, it’s probably not a good idea to use more than we need of our natural resources, such as clean water, soil fertility, oil or coal. Life might throw an unexpected problem at us (like drought or other extreme weather), and it may well be good to have held some in reserve.

We know not to borrow against a future paycheck to spend on frivolous things, since there’s no sense living with a big-screen TV this month but no money for food the next. It’s also not wise to waste resources today that our children or grandchildren might need for more basic needs in years to come.

We grownups know that we can’t make a mess in the house without consequences. Someone will have to clean it up eventually. (Most likely Mom.) And there’s also no point in moving the mess from one room to another (though sometimes this mom has tried to fool herself with this temporary fix); the whole house is our responsibility.

What if we humans thought more like that about the world?

We also know how to share. We try to make sure everyone who sits at our table gets enough to eat, and if something happens to be of limited quantity, we divide it equitably.

The problem is not that the world operates by different principles than our households. The problem is simply that the house is so big that we aren’t always aware that we are all—all—really under the same roof of air and walking on the same floor of soil.

As the stories from Dakotafire newspapers came in for this issue, it became clear that the young people in our communities are often the ones with the clearest understanding of this. In many small towns, it was the kids who convinced the grownups that recycling is a good idea. In Britton, I asked some 4-Hers why they thought that happened—why were the young people getting recycling going when the grownups weren’t?

“Because we’re going to be here longer,” one student answered.

Pretty perceptive. We can keep making messes, but eventually, somebody—maybe that Britton student and her generation—is going to have to clean up if our common household is going to remain livable.

A college friend, now a minister, was working on his dissertation last fall and posted on Facebook an interesting tidbit: The same Greek word in the Bible, oikonomia, is sometimes translated as “economy” and sometimes as “stewardship.” The Greek word carries both meanings: Managing a budget wisely requires caretaking, and even just plain-old caring.

Dakotans’ budgets for their own households are steeped in that caretaking. It’s time to bring that good, care-ful management to the world outside our doors.

Agree? Disagree? Tell us what you think: Go to the forum page at www.dakotafirecafe.com/going-green.

Our spring 2013 issue is chock full of examples of Dakotans going green! We’ll be posting stories from that issue over the next two weeks. But if you want to read them now, stop and pick up an issue! For sale at Kessler’s, Ken’s and Dacotah Prairie Museum in Aberdeen; the Community Store in Frederick; and the Tesoro convenience store in Ellendale!