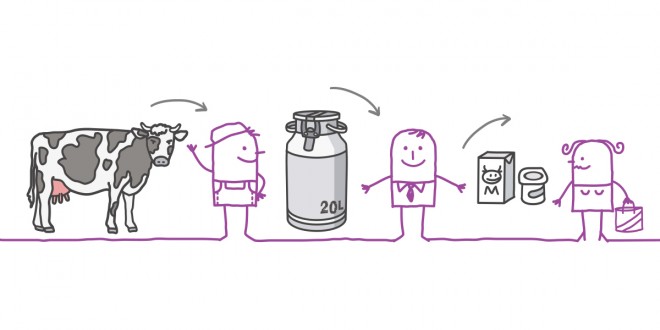 Column: Why so much regulation? Because we don’t trust each other.

When regulation comes up in conversation, the tone is often negative—a critique of government creating complication and expense where not too many years ago society apparently thought nothing of the sort was needed.

I don’t think that many people reflect on just why it is that the amount of regulation in our nation has increased dramatically in the past generation or two. I think many
opposed to regulation think that the reason we have more regulation is because the federal government has gotten too powerful and is overreaching into territory where it should not have any say.

There may be another way of thinking about the issue. I listened to a podcast recently featuring Wendell Berry (I’ve mentioned before he’s my favorite author), who discussed the connection between trust and regulation. Based in his ideas, the actions that the federal government is taking to increase regulation are more symptoms than causes of a problem.

Two things are happening in our society now that have forced a change in how we do business, and that has led to more regulation:

The scale of our businesses has changed.

It used to be that we did business with people we knew: If, for example, a farmer had a hog to sell, he took it to the local slaughterhouse, which he trusted to do the work well. And, as Berry explained, if he had any question about it, he could stay and watch the work being done. That slaughterhouse often sold meat directly from that shop, so someone going to that shop to buy the meat might happen to be there at the same time as the farmer was delivering to the back. And, even without this chance meeting, the people involved in the transactions probably knew one another because they also lived in the same community and likely interacted in other ways.

In that type of arrangement, little regulation was needed, because the people involved trusted one another. “Trust substitutes for a lot of regulation,” Berry said in the interview.

The trust relationship worked as well as, or better, than regulation because the people involved recognized that they were mutually dependent on one another—and not just in a cold business deal, but as partners in creating a good community.

That power balance in the relationship doesn’t exist in most of our dealings today. Large corporations selling goods need someone to buy them, yes, but it doesn’t have to be us. They can likely sell it elsewhere. So if this one relationship with a customer can’t be saved—well, there are others. I am not saying that most or even many corporations work so callously—only that the way the relationship is structured means they have the balance of power, and they can act callously if they choose.

You can look at this as the vertical dimension of the relationship: Where once the farmer, merchant (I’m including here processors also) and consumer all stood on the same level ground, now the role of the merchant has moved to the top floor of a corporate office building. Sometimes, the role of the farmer has moved up to an office building somewhere as well, as an increasing number of farms are corporately managed. The consumer is the only one still standing on the ground; it’s hard to see what’s going on in either corporate office from there, and they can’t reach high enough to shake hands from there.

When that handshake can’t happen, consumers, consumer advocates and their legislators start to ask for a way to make the relationships fairer. Getting the merchant and farmer roles back down to the same level as the consumer isn’t a strategy that is likely to have much success. There’s too much money in the corporate offices. So, instead, the consumer faction asks for the farmers and merchants to play by fairer rules—also known as regulation.

Here’s another dimension to this:

The location of our business interactions has changed.

The relationship between farmers, merchants and consumers hasn’t just been stretched because the merchants and often the farmers went “up” in power level to corporate offices. It’s also been stretched because the several players also went “away”: that corporate office almost certainly isn’t in the same community anymore. The common goal that the people in this interaction once had, of building a good place to live, is no longer a common goal, since the people who once served in the role of farmers, merchants and consumers now all live in different places. They are far less invested in the relationship than they once were.

The interviewer asked Wendell Berry at what scale regulation is required in business dealings.

“When people don’t know each other,” he answered. “The relationships of strangers have to be regulated, because people who don’t trust each other call for the regulation. It becomes a public need.”

This is Berry’s point: Regulation happens because people call for regulation when they don’t trust the other party. By this way of thinking, too much regulation is the fault of the lack of trust in our relationships, and not the overzealousness of our government, which is responding to that “public need.”

And if that’s the case, what would be the remedy?

Ideally, we could get our business relationships back to a scale where we can know and trust one another again.

The local food movement and other “buy local” efforts don’t necessarily have the reduction of regulation as a goal, but they could help significantly. If these relationships between farmers/producers, merchants and consumers were strong enough and plentiful enough, a whole lot of red tape could be cleared away with a handshake.

A version of this column was published on Dakotafire.net in May 2013.

Agree? Disagree? How can we make the situation better? Share your thoughts at www.pie4.us.