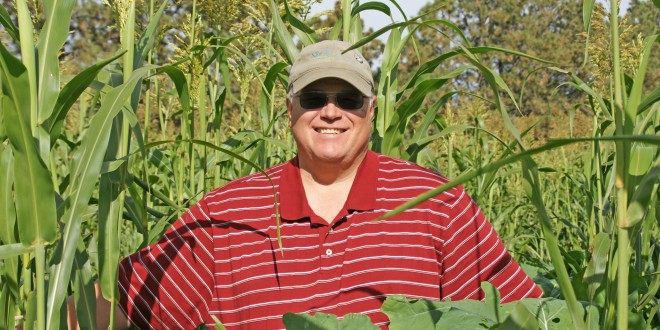 The countryside of the Northern Plains would look much different if it were populated by more people like Gabe Brown.

Some might contend that the region’s land and water resources would be healthier, and the vitality, fertility and resilience of soils would be improved. Some might even say that the quality of our food would be better.

His profound revelations about stewardship and agricultural ethics were prompted in the aftermath of four straight years (1995-98) when hail or drought wiped out crops on his sprawling farm and ranch in Burleigh County, N.D. Nearly broke and lacking access to credit and capital, Brown desperately needed to figure out how to grow crops and generate income without resorting to expensive synthetic fertilizers and other conventional farm chemicals.

Brown had abandoned tillage in 1993, so he was already inclined to seek out improved ways to manage his land. The next step was to gain a better and more intimate understanding of the natural resources on his property.

With the help of his county conservationist, Brown measured rainfall infiltration rates on soils. Because annual precipitation averages only 15 inches in the area where he and his family operate their 5,000-acre enterprise, he wanted to know the capability of soils on the place to absorb precious moisture.

“We discovered that the infiltration rate was about half an inch per hour, and that’s not very good,” Brown said.

Decades of intensive tillage before he stopped the practice had left damage.

“The aggregate stability of the soil had been destroyed by tillage,” he explained, “and that’s why the land couldn’t effectively absorb moisture.”

Brown also measured organic levels of his croplands, and discovered rates ranging from 1.7 percent to 1.9 percent. He and the county conservationist understood that this was unacceptable.

“I read and studied Thomas Jefferson’s journal and many other books about soils and farming. I realized that long before industrial farming came to dominate agriculture, farmers operated differently, and they had been successful. I wanted to learn how they did that.”

Cover crops became a focus of his investigations, and he soon discovered that his land benefited dramatically by their use. Brown began using cover crops during all seasons on all his land. On some land he blended up to 25 species of cover crops.

“We now grow cover crops on all our cropland every year,” he said. “That might be before a cash crop, as a companion crop alongside or mixed in with a cash crop, or after a cash crop has been harvested.” 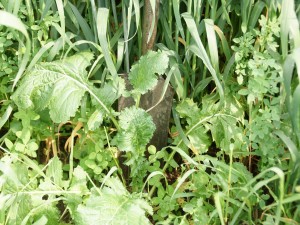 Cover crops such as these are an important part of Gabe Brown’s farming operation.

The strategy is to protect the soil and maintain living roots in the soil at all times.

“It’s the presence of living roots that feeds soil biology and starts nutrient cycling,” he said.

Today, after some 15 years of careful and deliberate management practices, Brown has tripled organic levels in his soils, with some soils reaching 6.1 percent. He has also dramatically improved the moisture infiltration rates of his soils. Some of his lands can now absorb up to 8 inches of rainfall in an hour.

“It’s not likely we’ll ever see a rain event like that,” he said, “but an infiltration level that high gives a good indication how far we’ve come with our stewardship objectives.”

Not only is Brown conserving his land, he is—remarkably—building new topsoil.

“If we follow the principles of avoiding tillage, keeping the ground covered at all times with carefully selected and diverse plants, and keeping roots in the ground, we can add soil at a surprising pace,” Brown said. “Scientists say that it takes 500 years for nature to build an inch of topsoil. We can do that in a matter of a few years.”

“The reality is that synthetic fertilizers destroy the health of the soil,” Brown said. “Farmers are told to keep adding more and more of it, but it’s unnecessary.”

Brown’s cornfields out-yield the county average by 20 percent—with no fertilizers, and no pesticides or fungicides, either.

“When you apply something to kill a pest, you also kill beneficial species,” he said. “We do use herbicides here and there, but very rarely and at a much reduced rate. I treat my farm and ranch like an ecosystem, and it’s a low-stress approach for the land.”

Diversity is the overarching theme of Brown’s farm-ranch enterprise.  He runs 350 cow-calf pairs, and up to 800 yearlings on 100 carefully tended pastures throughout his entire operation, including on cropped lands. There is no confinement feeding.  He also has a flock of sheep, pastured hogs, and 600 free-range laying hens. His crops grow mostly from organic seed, and he’s raising corn, oats, barley, sunflowers, spring and winter wheat, alfalfa and others. Use of synthetic chemicals on all crops is kept to a bare minimum. Of his 5,000 acres, 2,000 are native prairie, 2,000 are cropped, and 1,000 exist as what he calls “tame prairie” or pasture.

Combining zero till, diverse cover crops and integrated livestock grazing throughout the operation creates a sustainable agricultural environment that Brown describes as “regenerative.” The business he has developed relies on those regenerative practices, and it revolves around “stacked enterprises” creating multiple income streams that handsomely reward him and his family—Brown’s successful grass-fed beef label, for example. Nearly everything he sells is direct-marketed to consumers. He does not participate in the farm program, and he complains that the farm bill restricts progressive concepts like use of cover crops.

Word is spreading about his successes. Last summer more than 2,000 people from all over the globe visited Brown’s operation. He travels regularly to conferences and gatherings to learn, network and share.

His message is gaining traction, too. Cover crop tactics and holistic management practices are gaining popularity.

“It’s not easy to admit that I farmed the wrong way for many years,” he said. “I’m now trying to prove that there’s another way, a better way, to farm.”

Judging from the condition of his soils and land, and from the commercial health of his farm and ranch business, the proving part has passed. 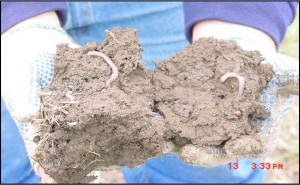