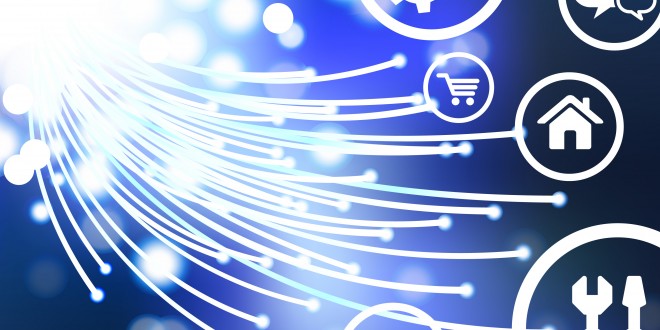 Rural Dakotas invest in the potential of fiber optic connections

Super-fast Internet could prove a recruitment tool for economic development

In February 2010, Google announced it was going to build and operate its own fiber optic network, which would provide a phenomenal 1-gigabyte-per-second connection for the residents of the city that was chosen to receive it.

Cities across the country clamored to be the one chosen. Topeka, Kans., ceremonially renamed itself Google, Kans., and one city councilman in North Carolina offered to name his unborn twins after Google’s founders, according to an arstechnica.com story. More than a thousand cities applied for the honor; Kansas City, Kans., was selected, and its residents are slated to have the ultra-fast connections available sometime this spring. Many of the other cities were vocal in their disappointment after trying so hard to get on Google’s good side.

For many in the rural Dakotas, however, there’s no reason to be envious: The fiber connection that these cities were competing for is already installed to thousands of homes and businesses here.

Find a map of the areas in the nation that have a fiber connection to the end user here.  Make sure “Fiber to the end user” is the only option selected at the top of the page. The National Broadband Map is maintained by National Telecommunications and Information Administration.

In 2010, only 3 percent of households that connected to the Internet via personal computers did so through fiber optic lines, according to the U.S. Census Bureau. That has likely increased in the past two years but remains far less than those who connect through lower-capacity DSL or cable modem connections (33 percent and 43 percent, respectively, as of 2010).

Compare that to the situation in southeastern North Dakota: In the 10,000-square-mile area served by Dickey Rural Networks and Dakota Central Telecommunications, 100 percent of their customers are connected to the Internet with a fiber optic line.

It’s the largest all-fiber area in North America and possibly the world, according to a marketing website put together by the two telecommunications companies.

How did rural North Dakota end up at the forefront of this trend? Janell Hauck, marketing manager at Dickey Rural Networks, based out of Ellendale, N.D., said the company was at a crossroads a few years ago: The copper lines it had were getting old in some areas, and instead of going the cheaper route and replacing with new copper, they chose to invest in the future by going with fiber.

“We knew it was just as important for us to be connected to the world as it was for somebody in New York City or Los Angeles—probably even more important, because we are very rural, and we don’t have some of the other infrastructure that is available there,” Hauck said.

Dakota Central did also receive a federal grant that helped with their costs in upgrading to fiber, Hauck said.

One other reason these lines are coming to rural places first is that they are more efficient over long distances, so upgrading shorter lengths of copper in urban areas may not make as much economic sense.

Other telecommunications companies are not far behind the two in North Dakota: Venture Communications, based out of Highmore, S.D., and serving many areas in northeastern South Dakota, has installed many miles of fiber optic lines and expects to have all of its customers in rural areas connected to fiber by the end of next year, according to Rod Kusser, member services manager at Venture. The change has allowed Venture to offer their customers exponentially more speed than they were able to offer just a few years ago.

“That’s what people are wanting,” Kusser said. “They’re clamoring for it.”

James Valley Telecommunications, based out of Groton, S.D., is putting in fiber optic cable in for any line they build new or replace, and ITC, based out of Clear Lake, has a continuous rebuild project under way in which they are gradually replacing copper lines with fiber, with the goal of moving all customers to fiber optic connections eventually.

None of these companies are offering the 1-Gps speed that Google will offer—but Kusser says that’s because no one has asked for it yet. The fiber optic lines they have installed could handle that capacity if someone demanded it.

Hauck said Dickey Rural Networks currently offer 100-megabyte-per-second speeds, and they could do 500 if it was requested. Anything more would probably require upgrading of electronics on their end, but that’s also possible if there is demand for it, she said.

Feeling a need for speed

Though it’s not quite to 1 Gps yet, demand for greater speeds is increasing in the Dakotas and elsewhere. Consumers and businesses are finding many more ways to use the Internet (such as sharing large files, streaming video and video conference calls), and those uses demand more bandwidth and higher speeds. To serve those uses, the communications industry is moving toward fiber optic lines, since they can more reliably and quickly transmit large amounts of data.

Dawn Redden, office manager of Hanson’s Inc. in Faulkton, said having a fast Internet connection “is extremely useful for our business.”

E-mail, data searches, and the MaqQuest program that maps out routes for their drivers are some of the ways Hanson’s uses the Internet, Redden said. “I also have an iPad that I use every day for work and personal use. I remember a time when I had a notebook at home, a notebook in my car, and a notebook at work, and it was rare that the information in each would transfer. Now it goes all to one place, and that’s handy.”

Venture has made its fiber optic upgrades at Hanson’s, and Redden says they rarely have to wait for the Internet now.

Kirk Hoefert of Hoefert’s Implement Inc. in Seneca is looking forward to getting that upgrade from Venture. He said the Internet “is absolutely essential for our business.”

“Without it we would be back to the days of pen and paper with lots of phone calls, which we haven’t done around here for about 15 years,” Hoefert said. “With the Internet we can log on and look at parts databases directly from our suppliers and get it ordered and shipped as fast as possible.”

Fast Internet connections also provide a way for many people to work from their homes, which can now just as easily be in Los Angeles, or in rural Clark, where Dave Adam lives.

“(High-speed Internet) allows me to be able to work from home, which I am very thankful for,” said Adam, a truck dispatcher.

High-speed Internet can also facilitate new opportunities in other areas. Ellendale Public Schools are able to offer more distance learning options and use more technology in the classroom, and Oakes Regional Hospital was able to install a system in their emergency room that connects them to board-certified physicians at the touch of a button, according to comments made on a video on the Living Well Connected website.

Kusser said they have been able to offer a local school its own television channel to do with what they want. Students produce much of the content for it.

“That’s all broadband—it’s all possible because of the high-speed Internet,” Kusser said.

Hauck said the two N.D. telecommunications companies are just starting to work with economic development groups in their area to promote their fiber optic network, but the people who have heard of it have been impressed.

“They are amazed that we have such a large footprint of all fiber,” Hauck said. “It gives us a lot of marketing availability for our area. For people who are looking at our area (as a place to relocate their family or their business), it’s definitely an advantage to them.”