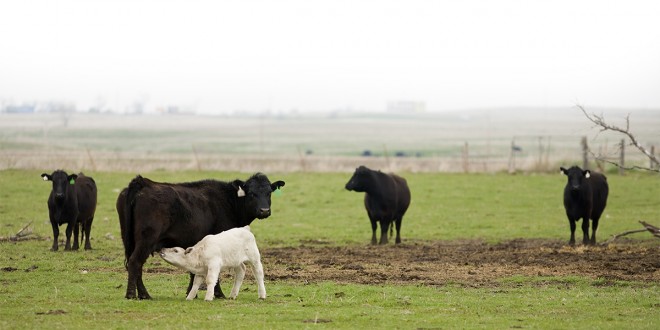 10 things you may have wondered about agriculture

By Heidi Marttila-Losure and Wendy Royston

Why do we see more water (sloughs, etc.) in the Dakotas than in Minnesota or Iowa?

From our March/April 2014 water issue: “We live in a part of the world described as the Prairie Pothole Region, named after a landscape of scattered depressions—some smaller, some larger—that fill with water during wet times and sometimes dry out completely in other seasons. The so-called ‘prairie potholes’ were formed after the glaciers of the Pleistocene Epoch moved through, unevenly depositing the rocks they carried and scouring the surface of the land.”

The Prairie Pothole Region actually stretches into all three states. But Minnesota and Iowa drained much of that farmland fairly soon after the land was settled. Much Iowa and Minnesota farmland was swampy and would have been unfarmable without drainage. The Dakotas, with less rainfall and more variation in weather, didn’t provide as much incentive to drain. At least, not until crop varieties stretched the Corn Belt north and west, and until excess water in the recent decade made it much more appealing. Iowa and Minnesota farmland was drained before Swampbusters provisions of the 1985 Farm Bill; farmers wishing to drain today have to show that what they are draining now isn’t a certified wetland.

My grandparents used to have cows, pigs, sheep, dairy and chickens. Why do most farmers now have only one of those, or none?

The whole system was different a few generations ago—there were many buyers for whatever farmers sold, for example, whereas now there are just a few large buyers. Large buyers prefer to work with large producers.

On this scale, farmers specialize in raising one type of animal.

Why do cornfields somehow look more crowded than they used to?

That’s the trick that has allowed corn variety developers increase yield. From our Summer 2012 issue: “Researchers have neared the natural limit on how many kernels can be grown per ear and how many ears can be grown per plant, but they have still been able to increase yield by creating varieties that are more tolerant of the stress of being very closely spaced in the field.”

How much does it cost to plant an acre of corn?

This year, the answer is “more than you want to think about.”

According to the North Dakota State University Extension office, producers who planted corn this spring are projected to harvest a deficit this fall. The cumulative cost of planting, fertilizing, insuring and protecting corn with herbicides, fungicides and insecticides, compounded with the costs of equipment and other incidentals is estimated at $501.13 per acre. Those same acres are expected to yield an average of 130 bushels per acre at a projected market value of $3.50 per bushel, for a return on investment of $455, or almost 10 percent less than the cost of planting.

How big is an acre?

An acre is 4,840 square feet—the equivalent of just under one-half of an average city block, and the length of two-thirds of a football field, squared.

How much does a cow cost?

According to North Dakota State University’s Extension office, raising beef cattle will cost producers an average of $695 per cow in 2015. When that cow’s calf is sold this fall, it’s anticipated to sell for an average of $1,157.38.

Most of the cows you see in the field are part of a breeding herd—kept for many years, and having a calf each year. The cost to buy a breeding cow varies, based mostly on the cow’s age. Even a very old cow now costs more than $2,000.

Why do chickens and pigs spend their whole life cycle in a building, but cows don’t?

Chickens and pigs like to have some greenery in their diet, but they subsist just fine through their whole life cycle on grain.

Cows are different. While they can be fattened on grain, gestating cows, and those cows that have a calf, need to have grass. The calves don’t do as well and in fact can die if the mothers are given a high-grain diet during this time.

Hay is bulkier than grain, making it more expensive to move. At this point, it is still cheaper to bring a cow to grass than to bring grass to a cow.

Hay is also expensive to make, and putting cows out on grass eliminates the cost of making hay.

This is actually an important fact to consider for those concerned about preservation of grassland—cow-calf operations are the reason there is still as much grassland left in the Dakotas as there is.

What are farmers doing with those big rollers?

This is in large part an equipment-saving measure. The rollers are typically used to even out the ground before planting soybeans. This is planning ahead for harvest—the bean head on a combine is set very low to the ground, so uneven ground could damage it.

Why is there so much stuff in the fields after harvest? (Or, why are farmers tilling less here?)

No-till has several advantages for the crops: The nutrients from the residue are returned to the soil, and the residue also helps to retain water in the soil. It also prevents erosion, and it prevents a crust from forming on top of the soil after a big rain. (If a crust forms, less water soaks in to get to the roots, where it is needed.)

Even farmers that are still doing some tillage are doing less aggressive tillage than they did in the past.

No-till is not used in organic agriculture, as herbicides are used for weed control in a no-till system. 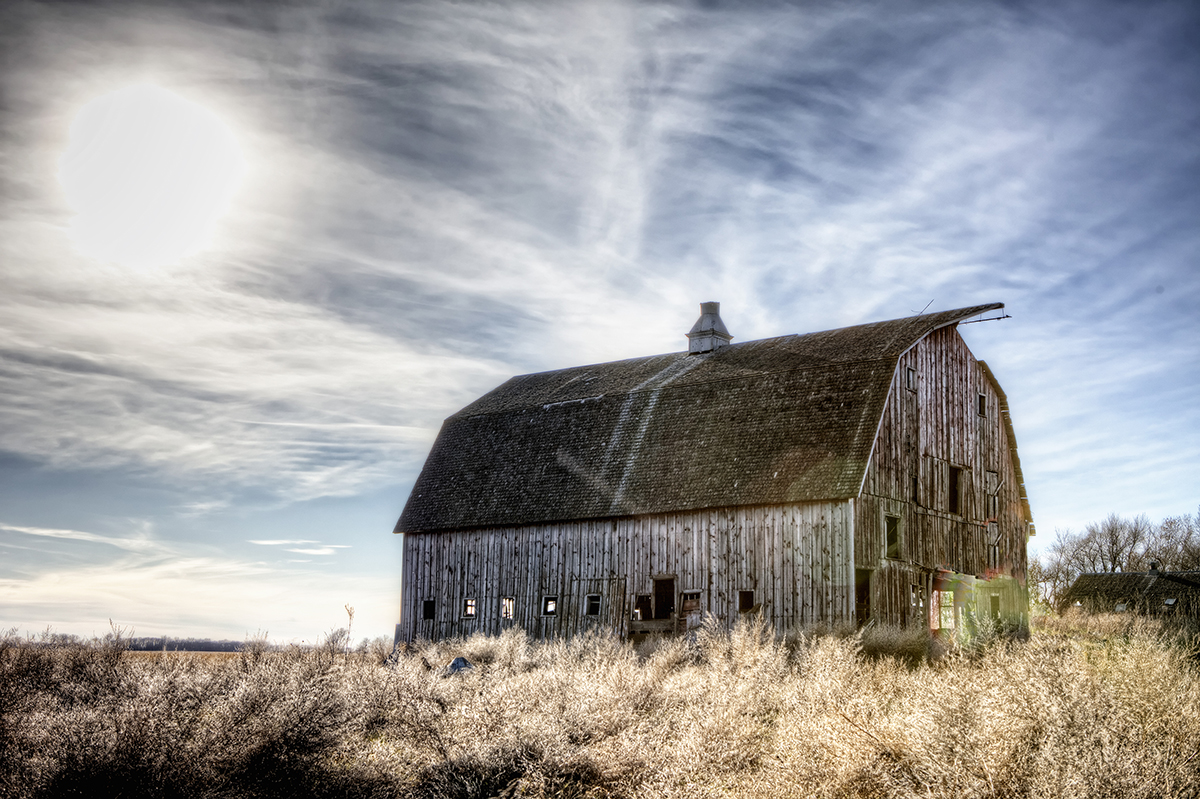 Why are those big old barns not used anymore? And why do no new farm buildings look like that?

For that you can thank the round bale.

Barns used to have two levels because hay was stored above in a large hayloft, then pushed through openings in the floor to feed the animals that were housed below.

The hay that was stored there was either loose or in small square bales. Hay stored in either of those ways needed to have protection from rain; if it got too wet it would spoil.

Then came the round bale. Its big advantage is that it can be left outside in whatever weather, because it sheds water. Now farmers no longer needed to have the expense of a building to keep the rain off the hay.