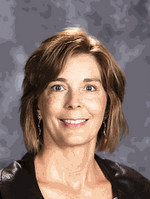 Recently, we had the opportunity as an elementary staff to view a presentation entitled “Love and Logic” by Dr. Charles Fay.

Dr. Fay is a psychologist who works with parents and educators on managing challenging behaviors in children. One of the topics Dr. Fay covers in his presentations is kids’ love of video games.

Dr. Fay, however, is no fan of such games, especially video games with violence. With the recent events involving gun violence in schools, now would be a great time to share with you as parents some of his research and other psychologist’s research regarding video games and their relationship with violent, disrespectful, and aggressive behaviors in children.

Violent video games have been significantly associated with increased aggressive behavior, increased aggressive thoughts, and decreased positive behaviors in children. High levels of playing video games have also been linked to delinquency, aggression, a decline in school achievement, an increase in fighting at school, children who are prone to confrontation with teachers, and also to violent criminal behaviors later on in life such as assault and robbery.

The research says that  the interactive quality of video games makes it different from just passively watching a television show or movie because it allows a player to become an active participant in the game’s script. Players benefit from engaging in acts of violence and then are able to move to the game’s next level. The player is rewarded for “killing” the enemy. Playing video games may increase aggressive behavior because violent acts are continually repeated throughout the video game. This method of repetition has long been known to be an effective teaching method in reinforcing learning patterns, in the case of video games, learning violence. This draws us to the likely conclusion that playing a violent video game is even more harmful than watching a violent television program or movie.

According to Dr. Fay, “The more video games kids play, the more trouble they will have with authority figures and with learning in general.” He states that playing video games can be extremely addictive for children. These games operate using constant reinforcement for performance. Kids get hooked into wanting to play for “just a little bit longer”.

To grab the attention of the child, our kids’ favorite games are highly entertaining and highly stimulating. Kids then find EVERYTHING else they do in a day extremely BORING. When a child is hooked to an electronic upper they will often find real life to be a huge downer. You may notice, and we will notice at school, that these children are moody, irritable, and in the case of high school students with access to laptops, they will do anything to get a “fix” of their electronic addiction.

Dr. Fay suggests a couple of tips for parents of younger students. Children less than five years of age should spend only brief times playing video and computer games. This means 10 to 15 minutes or less time each day should be devoted to video games. And, he suggests, the content of these games be closely monitored by adults. Young children should not be exposed to violent video games. Children that are between the ages of 5 and 15 years of age should spend no more than 30 minutes per day engaged in these activities.

As a parent and a teacher, I find the research relevant.When I was a young child, my parents always told my brothers and me, “Never point a gun at people, even with your fingers “pretending” to be a gun.” I still use that rule with children today, but many of them have not heard of such a rule. To me, it is extremely important that kids know to never point a gun at another human being.

Kids come to school and report to us when they play video games on a daily basis. They act out the violent scenes at recess and in some cases, even in classrooms. They have difficulty sitting still and are bored with the lessons presented to them in school.

It does have an effect on kids and we do notice the difference. But, truthfully, the bigger issue is what these children are learning through their constant exposure to this violence.

What are they learning and what effect will this exposure to violence have on them now, as children, and in their future as adults?