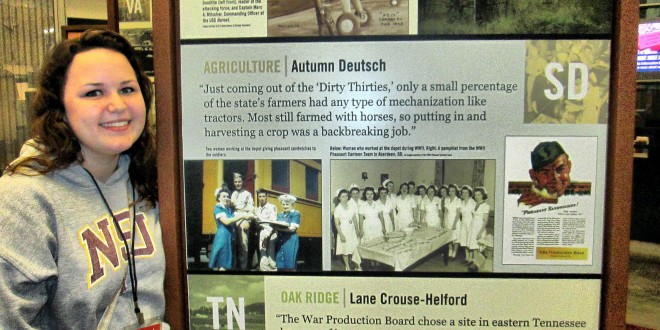 Autumn Deutsch of Britton was chosen as South Dakota’s representative to the opening of the World War II Museum in New Orleans on Jan. 12.

One student from each state was given this honor during the National History Day competition last June at the University of Maryland, College Park, MD.  Each recipient had to write an essay on his or her state’s contribution to the war effort during World War II and had to find six photographs representing that effort.

Deutsch, currently a freshman at Northern State University and the daughter of Dave and Linda Deutsch of Britton, wrote an essay on South Dakota’s agricultural contributions along with the relief efforts by Aberdeen and its famous pheasant sandwiches.