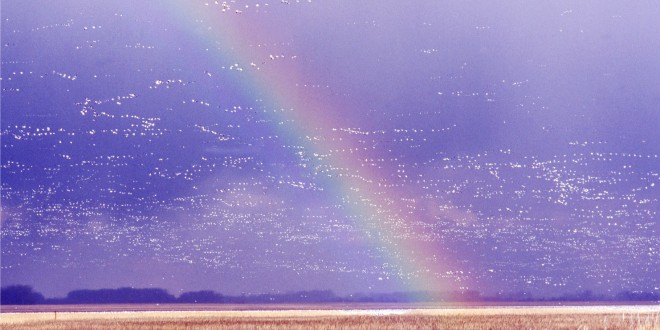 The 2010 spring snow goose migration at Sand Lake was upon us, but something was missing.

The arrival of a white jeep driven by the “snow goose lady” from Duluth had become as much a part of the spring migration as the snow geese themselves. But in my many ventures to the field that spring, I had not yet seen that vehicle. I made a mental note to look up her telephone number when I got back to my office, so I could give her a call to see how she was doing.

A week or so later, her phone number was on a yellow sticky note on my desk, hidden among many others when I received an email from Susan B. Williams, with the subject line “Anne Williams.” My heart sank. Anne Williams is the “snow goose lady.” Susan is Anne’s daughter, and she was writing to let us know that Anne passed away on March 14, 2010. That was the same day that the first snow geese made their appearance at Sand Lake.

I first met Anne in the spring of 1993. Her white jeep was parked on the wrong side of the road on Highway 16, along the west side of Sand Lake. A camera lens was sticking out of the driver’s side of the jeep, pointed toward the thousands of snow geese circling over the water. I startled her as I approached, as she was so intent on taking photos of the snow geese. I introduced myself as a Refuge Officer, and proceeded to tell her of the potential dangers of parking on the left side of a county highway. She apologized, and promised it wouldn’t happen again and immediately began to talk of the beauty of the snow geese. I could tell she was hooked, but I did not realize the degree of her fascination with the snow geese until years later. 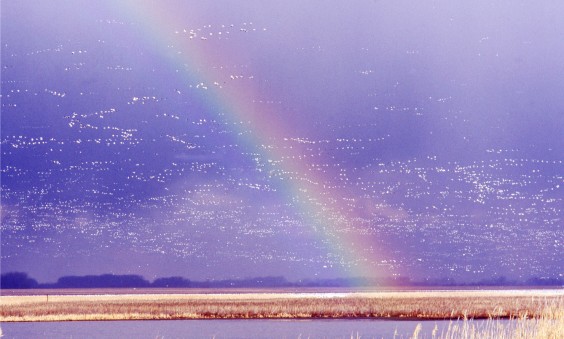 Anne became a regular at Sand Lake each spring. She would stay here from three to four weeks during the migration, spending the entire day photographing and watching the thousands of snow geese moving through this area. If I saw her, I would stop and ask her where the geese were, to help with my goose number estimates. I became quite dependent on her for that information. She often stopped at the refuge office to visit with the staff and ask about our families. She became the official photographer of most of our Eagle Days. She became friends with other birders and snow goose fanatics. And she made many friends in Groton and Britton, which was where she stayed during her time here. She touched many lives during her pilgrimages to Sand Lake.

Anne’s mission when she was here was to spend as much time as possible watching and photographing the snow geese. She could not get enough of it. And her love of the snow geese is documented by number of neatly labeled boxes of slides and cassette recordings. Susan donated all of her snow goose slides to the refuge, and there are thousands.

As we look to the skies to see those first snow geese make their way north, and watch the swirling masses of white birds slowly drop to the ice on Sand Lake, we’ll be thinking of you, Anne. We know you’re there. 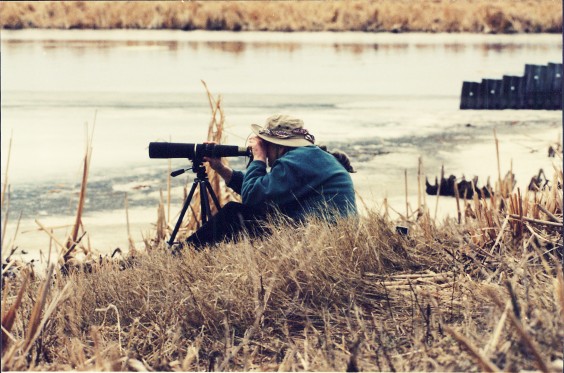 Alan "Al" Whitman, a friend of Anne Williams, caught this image of her while she was watching the snow geese along South Dakota Highway 10. She could watch the geese for hours.

Send us a ‘Postcard’!
In each issue of Dakotafire and regularly online at Dakotafire.net, we will feature a “Postcard”—a short, evocative story about an event, person or place, written as if you were telling the story to a friend. Some ideas: hunting stories, the highlight of a big basketball game, or a moment in history. The story must have a photo to accompany it. Digital images (a minimum of 1000 pixels wide) are preferred; you can also send a photo by mail. E-mail submissions to heidi {at} dakotafire.net, or mail to Dakotafire Media, Postcard Submission, PO Box 603, Frederick, SD 57441.

2012-05-01
Webmaster
Share !
Previous: From The Editor
Next: Britton to join growing list of communities with farmers markets
Scroll To Top