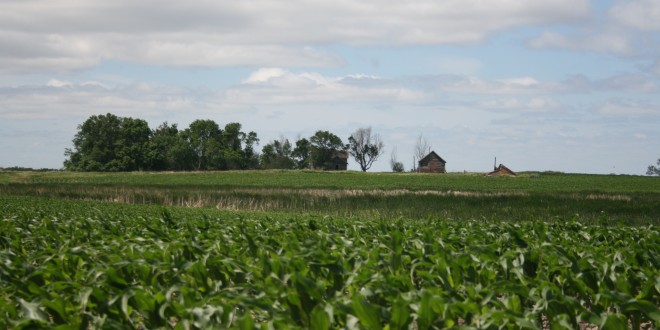 FiredUp: Understanding the complicated system of GMOs will require many conversations

On a topic such as genetically modified organisms, with vast interconnections into so many locations and areas of study, it’s nearly impossible for any one person to see the whole picture.

Revkin was describing a series of articles by a writer for Grist.org that come to the conclusion that GMOs are, for the most part, no reason to panic. (See the year-end summary of the series by that writer, Nathanael Johnson, here.)

Revkin called it “prize-worthy journalism by a trusted guide for an important audience in the debate over how to feed 9 billion people around 2050 — or your own family tonight.” He added that he saw the value in this kind of blogging and social media sharing, which fosters a conversation in a way that static pieces cannot: “The interplay of Johnson’s reporting and that of other writers … is more illuminating than any single voice.”

Revkin then provides evidence for that—with a flawed argument in his own single voice. In a comment at the end of the article, Revkin, whose environmental reporting I respect, showed he doesn’t have a clear idea of how the system of farming works.

When responding to a GMO critic, he said he agreed with some of her points, but suggested there might be ways that technology can help the environment: “There’s a strong argument, for instance, that concentrated agriculture can save space for biodiversity by getting more production out of fewer acres, overall (obviously reducing it in spots where the farming is going on).”

Sorry, not likely. Not in the current system, anyway.

Revkin misunderstands what motivates farmers. U.S. corn farmers, for example, are not looking at the amount of corn the world needs, dividing by the number of farmers, and producing their share. Check out the farm magazines: All the ads are touting ways to “maximize profit.” When farmers are able to get more yield, they see it as a way to get more profit—I can’t think of any example when a bumper crop caused a farmer to think, “Now next year I won’t have to plant as many acres.” Aiming for maximum profit is in part a form of insurance: A bumper crop could just as easily be followed by a year of drought or a freak hailstorm, and can’t be taken for granted when planning crop acres.

Market forces might cause a farmer to consider planting fewer acres—enrolling in conservation programs might seem more worthwhile if crop prices are lower, for example. But that assumes that we have a free market. We instead have a manipulated market. The two big examples right now are crop insurance subsidies and the ethanol mandate. And ethanol reflects another way in which higher yields aren’t likely to result in fewer acres in production: When corn prices were low in the late 1980s, we didn’t grow less corn. We figured out a way to burn it in our gas tanks, in large part as a way to help farmers make more money for the corn they grew.

It is possible that we could create a system in which intensive farming in some places meant more biodiversity in others. But that would require a kind of coordination (and that hated word, “regulation”) at national and international levels that seems unfathomable today.

The motivations of individual farmers are part of the big, complicated system that GMOs are a part of—and figuring out whether GMOs are good for the overall system requires a way of thinking that is hard for any one person to do.

No one, for example, seems to ask how the use of GMOs affects rural communities. (Though few voices on the national level seem to consider rural places much at all anymore, so I suppose that’s not surprising.) GMOs have been a major factor in farms getting bigger—spraying fields with RoundUp takes a lot less manpower than cultivating, which means one farmer can manage many more acres. The bigger the farms around a small town, the more it struggles.

This negative effect does not mean that GMOs are intrinsically evil. Nor do any of the other arguments against GMOs lead to a blanket condemnation. GMOs are tools—very powerful tools, but just tools. Like a hammer, which could be used to build strong house or a shoddy one, GMOs can make our society better or worse, depending on how they are used.

(This means that I don’t agree with the argument that GMOs, in general, are inherently harmful to eat. That’s a difficult blanket argument to support—what’s basically happening in GMOs is a transfer of a gene, or more than one, from one living thing to another. This kind of gene transfer is not unheard of in nature, as Johnson describes. GMO technology forces a transfer of a particular gene that results in a particular trait that the scientists are after. There might be arguments that specific GMOs are harmful—for example, some people with food allergies may need to be concerned about GMOs that include genes from foods they are allergic to. But just because a food is GMO doesn’t mean it’s necessarily worrisome—or that it’s necessarily worry-free. Judging GMOs requires more information.)

A complicating factor with GMOs—unlike hammers—is that they are alive. Living things aren’t completely predictable, they don’t always stay put, and they are compelled to reproduce (as anyone who’s worked in agriculture is well aware). I’d argue that this means GMOs require a lot of caution and deep thinking before being put out into the world: How do they fit into the larger system—are there unintended or delayed consequences? What kind of world are we helping to create with this technology? Can we use it to create the kind of world we want to live in?

Answering those questions is going to require the collaboration of many voices—including, perhaps, those of a few rural folks.