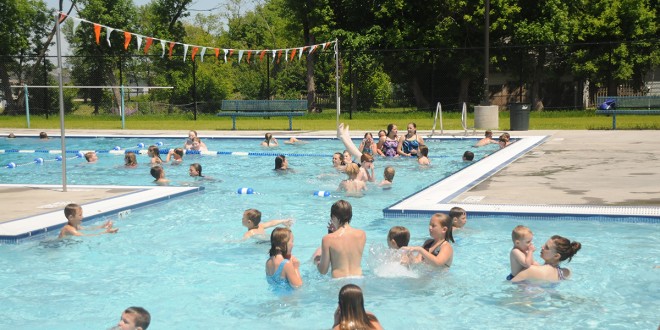 Sometime next summer, when Webster residents are enjoying their new pool, they can do a little thank-you lap for all the community and environmentminded people who set aside their recycling to help make it happen.

The new pool is being financed through a 20-year bond issue and by volunteer fundraising. One of the key components in those volunteer efforts is can and paper recycling.

Volunteers for WAVE, the Webster Aquatic Venture for Excellence, which has spearheaded the effort to get a new pool in Webster, began recycling aluminum cans in 2006 and have raised more than $12,000. Paper recycling began in December 2010 and has so far raised $33,000.

More than 660 tons—well over a million pounds—of paper have passed through their project in that time.

Rose Vogl, who is heading up the recycling effort, said people from several other communities drop off their paper in town as they drive through.

Several youth groups are among the volunteers maintaining the trailer, including 4-H groups and the school’s student council.