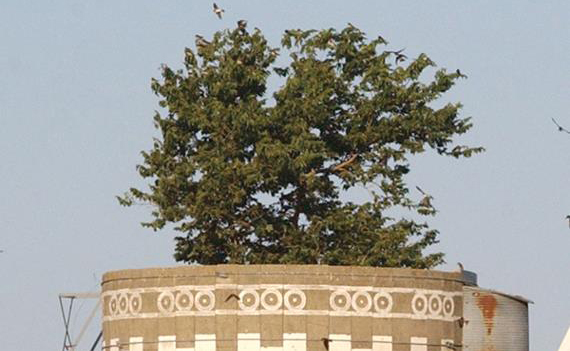 A tree grows out of a silo near Waubay, S.D. Photo by Reporter & Farmer

Mrs. Al Breske has no idea how it got there, but this tree has been growing up through an abandoned silo longer than her family has been on this farmstead about 10 miles south of Waubay for the last 15 years. 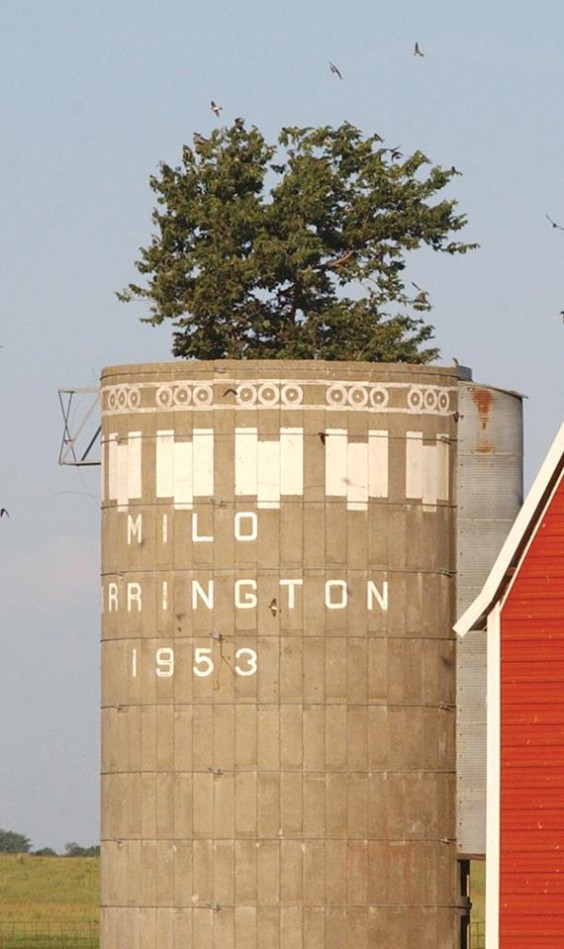 A tree grows out of a silo near Waubay, S.D. Photo by George Thompson, Reporter & Farmer

The tree has a trunk about a foot wide at its widest, and Breske says no one ever paid any attention to it until one day when the grandkids came in on a hot day and said they were okay because they were playing in the shade of this tree.

Breske isn’t sure what kind of a tree it is, but joked the family could lay claim to having the world’s largest potted plant, although she was quick to note, “I couldn’t ever say I planted it. It never would have grown as big as it is if I planted it.”

The Breskes aren’t the only ones to grow a tree where they once stored their grain. Many old silos across the Midwest have become places for trees to take root, sheltered from the wind and nibbling deer. The New York Times did a story on the phenomenon earlier this year (though some Dakotafire readers might object to the abundant use of words such as “decay” and “derelict”).

The Reporter & Farmer is looking for more “likes” on their Facebook page. Hop on over to keep up with the news in and around Webster, S.D.! And while you’re there, give the Dakotafire page a thumbs-up, too.