Print This Post
Do you know someone who works to build community and knows that community doesn’t stop neatly at the city limits? Nominate that person for a ViTality Award. 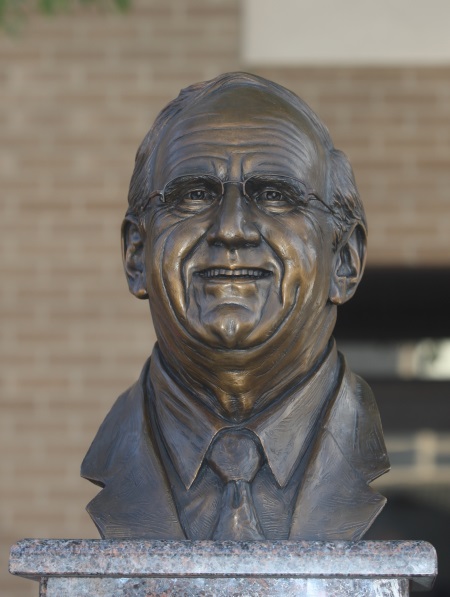 In June 2012, the ViTality statue was revealed on the corner of South Main Street and Third Avenue in Aberdeen, near Stoia’s former office in Dacotah Bank. The statue was created by Aberdeen sculptor Benjamin Victor.

Do you know of someone who works to build and develop community, and knows that community doesn’t stop neatly at the city limits?

If so, that person may be a candidate for a ViTality Award, which will be presented at the Community Champions Luncheon in February.

The ViTality Award honors an individual “who is the keeper of the regional vision,” according to a news release from Absolutely!Aberdeen, which is coordinating the award process. The award is given annually to someone in the 17-county area of northeastern South Dakota who works for greater regional development.

The award is named after Aberdeen resident Vi Stoia, “a regional thinker who believed that a new business in Redfield or community work in Leola was a win for Aberdeen and the entire region,” according to the news release. 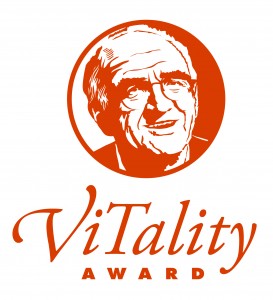 The award was created after Stoia’s death in 2008.

Nominations can be sent to Absolutely!Aberdeen at 416 Production Street North, Aberdeen, SD 57401, or e-mailed to juliem.johnson@absolutelyaberdeen.com.

No specific form is required, but as much background and supporting material as possible is appreciated. Calls can be placed to 605-725-5070. Nominations will be accepted until Jan. 3, 2014.