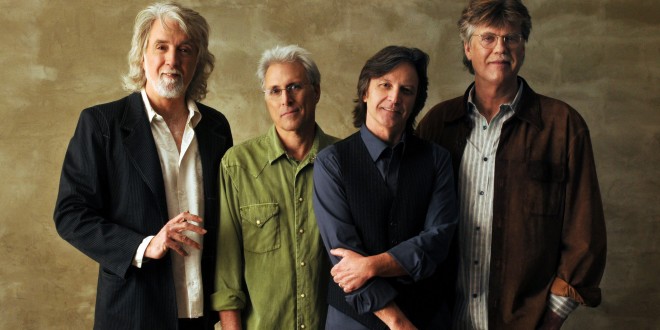 The Nitty Gritty Dirt Band will perform in Roslyn June 7 as the first act in the community's centennial celebration.

By Webster Reporter and Farmer February 13, 2013

By George Thompson, Reporter and Farmer

Roslyn will celebrate its centennial in 2014 and to get the ball rolling the centennial committee is putting on an outdoor concert June 7.  Kelly Hanson, co-chairman of the centennial with Danny Jensen, says this summer’s concert will headline the Nitty Gritty Dirt Band and an opening act at the softball field.

Tickets for the Friday evening concert will go on sale within the next few months at various community outlets throughout the area.

The Roslyn Fire Department will be in charge of concessions and the high school gym is the alternate location in case of rain.

Hanson says plans are in the works to sell ticket-bus packages from surrounding towns.

“We’ve already talked to several bus operators who will provide round trip rides to and from the concert if we can sell the tickets,” he said. “We’re hoping this will be our one and only big fundraiser for the centennial.”

The three-day centennial is tentatively set for June 20-22, 2014, Friday-Sunday, although organizers note there could be some events scheduled on Thursday night.

The organizing committee is made up of about a dozen people. Hanson and Jensen are the co-chairmen, Deb Lee is treasurer and Cindy Knebel is secretary along with nine other committee members.

Hanson says the group’s main focus now is on fund raising and they have set up one committee to steer those efforts.

They have also set up a second committee to coordinate a town centennial book. Hanson says the centennial book will be divided into two parts. One will deal with the town’s history and the other will focus on family histories. He said forms are available for each family to fill out and family snapshots will be included. The forms are available at Roslyn City Hall or from a committee member.

The centennial committee is also in the process of setting up a link on the town’s website.