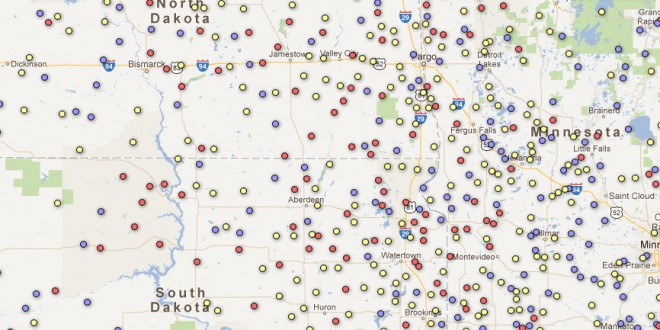 Ever since Congress declared a moratorium on closing 3,700 post offices nine months ago, the United States Postal Service has gone back to the drawing board and refined its plan to realign and reduce the operating expenses of its retail network of 32,000 post offices.

In a May 9 letter to Rep. Kristi Noem, Postmaster General Patrick Donahoe outlined the federal agency’s latest plan to save $500 million annually.

According to Donahoe, the new plan, if approved, “would provide communities with an important alternative to the potential consolidation of rural post offices, which we believe will result in very few post offices being consolidated in the future.”

The new proposal would preserve postal facilities by modifying existing hours based on customer use. Postal officials came up with a proposed hours of operation list. 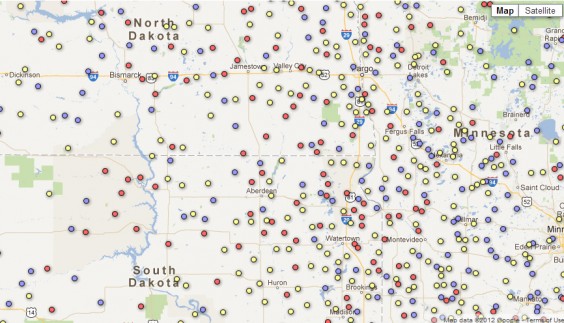 Click the above image to go to the interactive map.

Under this option the agency would schedule another series of community meetings and surveys to determine what would be the optimum time for these post offices to be open.

The proposed plan also has three other options. Merging a postal facility with a nearby full service post office, extending or expanding rural carrier delivery in communities where current service is limited to post office box availability. Under this path rural letter carriers would provide full service to customers which would include selling stamps and money orders and provide package and mailing services.

A third option is establishing a village post office which is most likely to be a private business that would provide services like sell stamps, mail packages and collect post office box mail.

“Later this month we will be asking the Postal Regulatory Commission for an advisory opinion concerning this plan,” Donahoe told Noem. “To ensure a smooth and measured transition, this plan would be implemented over a two year period, using a multi-phased approach. The postal service has listened and will continue to listen to the customers served by our facilties. The next step in carrying forward this proposal is to continue informing and educating the public, customers, employees, mailers and members of Congress.”

Donahoe said in the coming months the postal service plans to “reengage communities in order to present these options, gather input of customers and make reasonable and responsible decisions.”

He also noted an additional proposal, designed to continue addressing the agency’s workforce has been put on the table.

A voluntary early retirement incentive for the nation’s more than 21,000 nonexecutive career postmasters is being offered. Those postmasters accepting the offer would receive two $10,000 payments at the end of 2012 and 2013. Part-time postmasters will receive prorated payments on the same dates. Postmasters have until June 22 to accept the offer and agree to leave the postal service by July 31.

“We are committed to implementing this new plan in a responsible and fair manner, and we believe the proposals described here (letter) will ensure the preservation of postal facilities and services especially in rural communities,” Donahoe concluded.

Savethepostoffice.com argues that this is not really going to help rural communities:

The Postal Service’s new plan — awkwardly named  “Post Office Structure Plan,” or POStPlan — will reduce the hours of operation at 13,000 small post offices from eight hours a day to six, four, even two.  And instead of staffing the post office with a career postmaster, these offices will be run by a part-time worker with little or no experience.  It’s a deadly combination, and it will do more harm than good.

The headlines are all about the “good news” that thousands of post offices have been “spared” and given a “reprieve.”  And the politicians seem happy to pat themselves on the back for their good work.  But the new plan demonstrates that the leaders of the Postal Service have not really had a change of heart.  They remain determined to dismantle the Postal Service — they’ve just adopted a new strategy.

See the rest of their argument here.