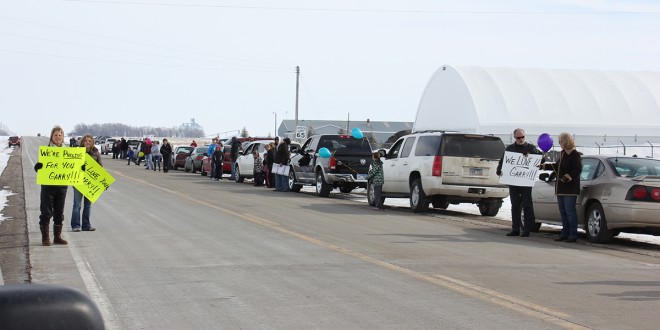 We will let the pictures tell the story. Long-time FHS teacher and coach Garry Cunningham, along with wife Irene and son Brice, left for cancer treatment early Sunday afternoon. Garry is in the passenger side of the car. 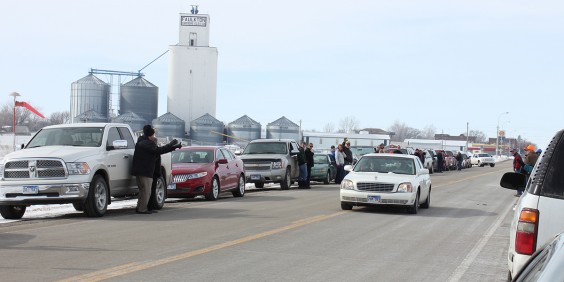 Garry Cunningham and his family leave Faulkton on their way to cancer treatments for Garry. Photo by Faulk County Record

Cunningham was a teacher and coach at Faulkton High School from 1974-2007. Earlier this month, he was honored for his 38 years of service as the former Sportsman’s Field in Faulkton was re-dedicated as the Garry Cunningham Sports Complex.