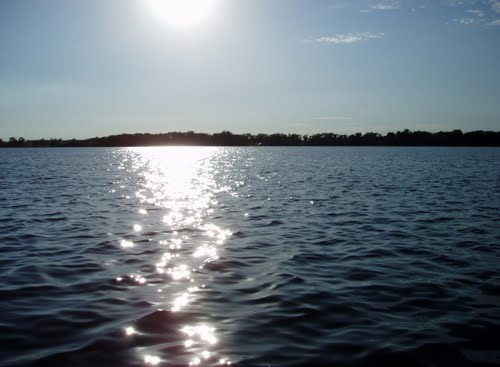 by George Thompson, Reporter and Farmer

For more than a decade a group of concerned Enemy Swim homeowners have battled to make the dream of a pristine northeast South Dakota lake come true. The Enemy Swim Sanitation District was formed over 10 years ago, and its first goal was to create a system that would collect and treat wastewater rather than see it seep into the lake. There were some bumps in the road along the way.

In June of 2000, a federal court ruled the district must be dissolved because it excluded Native American citizens. It was reformed to include all the residents. This new district had the power to construct and operate storm sewers, sanitary sewers and waste disposal systems. It is governed by a board of trustees who serve three-year, at-large terms. The district has taxing authority to raise about $15,000 per year to help create and maintain any projects it develops.

In 2009 the Legislature appropriated $300,000 in consolidated grants for a new wastewater collection and treatment system. At the time the district hoped to put together a grant/loan package to finance construction of a gray water collection system around the lake plus several adjoining areas. The first phase of the proposed project had a preliminary cost estimate of $3.31 million. It covered the south end of the lake, eventually emptying into a lagoon cell near Enemy Swim Village. A second phase covered the north and west ends, emptying into ponds owned by the Pickerel Lake Sanitation District. A third would have covered the east side of the lake and drained into its own lagoon.

In order to qualify for funding, the sanitation district’s board of directors had to do an income survey of all property owners affected in the district. They sent out about 280 surveys. The board also approved an ordinance which set a one-time residential connection and monthly usage fees.

But this concept ground to a halt when it was determined it wasn’t financially feasible.

However, the board wasn’t ready to give up the ship, and for the last 24 months, they’ve continued to inspect existing septic systems and make recommendations to homeowners not in compliance.

“We did free septic system pumping outs and camera inspections at 250 properties,” sanitation district chairman Tom Adkins explained. “We learned a lot of people had no idea about what type of system they had and found about 20 percent of those were defective. Most people have been very cooperative. Many who were notified that they had defects have had them corrected. This year we’re focusing on personally contacting those who haven’t done anything about their problems.”

Adkins noted that throughout the process the district found all types of systems in various stages of repair/disrepair.

“Some of the steel tanks were rusting out or had baffles that had failed,” he said. “Our goal is do what we can to keep a clean lake, but we are well aware of how gravity works. Without a good septic system untreated wastewater will find its way into the lake.”

The sanitation district has a full set of ordinances to regulate all sanitary systems. It has also worked with the Sisseton Wahpeton Sioux tribe to explore alternative types of sewer systems.

“We’re always looking for new ways to create a districtwide system that’s financially feasible,” he said. “Instead of looking at a gray water system, we’re about to look at new systems including a grinder system where sewage goes through an electric grinder directly into a sewer pipe and on to a lagoon. There would be no need for septic tanks and pumping stations.”

Adkins says grinder systems have caught on in Minnesota and they might be well suited to the area because they work in high water tables. He said most grinder systems are set up like municipal sewer systems.

Landowners would be responsible for providing electricity and making the connection to the sewer main. The district would install and maintain the grinder as part of a month use fee.

“The main problem with this system is that we would still need a lot of pipe to cover the territory we have to serve – and that plastic pipe is expensive,” he noted.

The district is currently checking out what kinds of state and federal funding might be available.

“Short-term we want to ensure that all of our individual systems are operational. Long-term we believe a full sewer system is the answer. We will keep collecting information and talking to people in hopes of finding a new system we think would be financially feasible.

The board meets monthly during the summer and will hold this year’s annual meeting on Sept. 20. Anyone interested in more information about the district can contact Adkins at (605) 947-3030. 