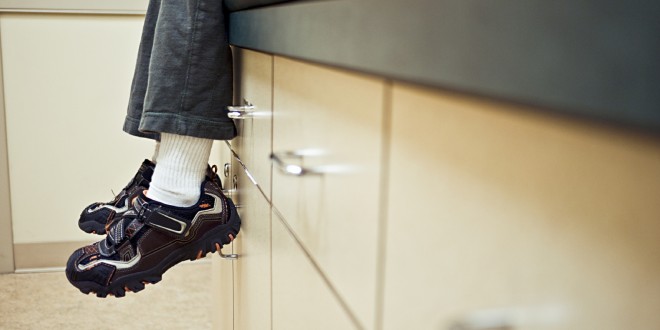 One goal of the new health care law is making sure that people who need to go to the doctor can do so. Unfortunately, if all those newly insured patients showed up at doctors’ offices tomorrow, there would not be enough doctors, nurses and other medical personnel to take care of them.

Both North and South Dakota are short at least 100 physicians each, according to medical leaders in the two states. And even without the addition of any currently uninsured to the patient pool, population dynamics in the Dakotas are expected to increase the need for physicians. Both states have aging populations that require more medical services, and in North Dakota, an oil-driven economic boom is expected to spur a population increase, according to a June 22 Associated Press story.

The physician shortage has played into the debate about whether to expand Medicaid programs as proposed by the Patient Protection and Affordable Care Act passed in 2010. A Supreme Court decision made the Medicaid expansion optional; North Dakota is moving forward with expansion plans, while South Dakota (at least so far) is not.

“Honestly, to comply with the new legal guidelines, the state will have to expand (Medicaid),” said Jay Jahnig, administrator for the Faulkton Area Medical Center. “There is just no other option. The great fear, both at the state level and across the nation, I think, is that people will come out of the woodwork to sign up for ‘free’ health care.”

If the problem is too much demand (for health care services) and too little supply (physicians to provide health care services), the marketplace answer would be to either lessen demand or increase supply. Policymakers are trying to adjust both sides of this equation to make sure that people get the care they need when they need it.

Here’s an overview of the problem and potential solutions.

The allure of free health care

Are people actually likely to come “out of the woodwork” when they have to pay less or nothing for their health care?

Studies suggest they will. When people go from not having health care coverage to having it, their use of health care services increases.

A 2008 study that looked at how much and what type of health care people sought just before and just after turning 65, when they became eligible for Medicare, showed that they used significantly more health care once they turned 65 (“The Impact of Nearly Universal Insurance Coverage on Health Care Utilization: Evidence from Medicare,” American Economic Review). And a more recent study of new Medicaid recipients in Oregon suggested that those with Medicaid were more likely to go to the doctor than those who were uninsured.

The evidence on that point is actually mixed.

But sometimes just getting health care coverage doesn’t make a person healthier. Staying on top of diabetes, for example, keeps patients healthier and saves a lot of money in the long run. But the Oregon study of new Medicaid recipients suggested that blood sugar levels actually didn’t have any significant improvement once patients went onto Medicaid. It’s possible that there are factors that make it more likely for a person to be eligible for Medicaid that also make it more likely for a person to neglect his or her own diabetes care, suggested Megan McArdle, a writer for The Daily Beast. A person’s health problems may be bigger than a few doctor’s visits can solve. (The study did find that mental health improved for new Medicaid patients, and the study, based on only a year of data, could be a fluke, McArdle wrote. More data is needed to get a better answer.)

Will we take more if it’s free?

But if people suddenly have access to health care that they have to pay little or nothing for, do they get care they don’t need (and, consequently, make wait times far longer at the doctor’s office for everybody, for no good reason)?

Maybe. But they’d be joining the crowd: By some estimates, 30 percent of the health care dispensed in the U.S. is unnecessary, and there’s little indication that has to do with who is paying for the care.

A health researcher named Jack Wennberg did a decades-long project that looked into why so much unnecessary care happens in the medical system. He found a variety of reasons: The potential for lawsuits was high on the list (better to order a test that is almost certain to be a waste of time and money than to get sued later for not doing so, some doctors reason). The local medical culture can also affect treatment, for example if all mothers in a community expect a child to be admitted to the hospital when a fever reaches 102 degrees. (This research was described in a 2009 National Public Radio story, “The Telltale Wombs of Lewiston, Maine.”)

The way doctors make their money can also influence treatment recommendations—even if doctors would like to believe they don’t make decisions that way. The fee-for-service model means that doctors make more money they more tests they perform; consciously or unconsciously, across the whole health care system, this results in more tests. “That’s just common sense. That’s human nature,” said Gordon Smith, head of the Maine Medical Association, as quoted in the NPR story. “The payment system is an important influence.”

Patients aren’t completely off the hook, though, as patient demand does drive some unnecessary care, though how much is hard to measure. True hypochondriacs make up only 1 percent to 5 percent of the population, but they aren’t the only ones making more frequent doctor’s appointments. The Internet has fostered a generational change in how people approach health care: People in older generations are more likely to accept what their doctor tells them. Younger people, on the other hand, often come into the doctor’s office with printouts from online sources and a self-diagnosis. Sometimes they are right; often they are not, but even so, doctors can feel pressure to offer treatment or tests anyway to satisfy the patient.  (See the 2009 NPR story, “How the Modern Patient Drives Up Health Costs.”)

So, considering all this, are their policies that could reduce the “demand” side of the health care equation?

The “supply” part of the health care equation is not really that we don’t have enough physicians overall, but that we don’t have the right kind of doctors in the places where they are needed, argues Bob Wachter, chair of the American Board of Internal Medicine, in the Wall Street Journal. “There are plenty of psychiatrists and cardiologists in New York and San Francisco, but nowhere near enough primary care doctors virtually everywhere,” he wrote.

Barb Smith, CEO of the South Dakota State Medical Association, says the same problem exists in South Dakota. “We have geographic access problems, and they are going to be made worse by the (Medicaid) expansion,” she said in a July 23 article in the Argus Leader.

Fifty-three of South Dakota’s 66 counties are designated as health professional shortage areas, according to the final report of the Governor’s Primary Care Task Force; those shortages are not around Sioux Falls, Rapid City or Aberdeen but in the more rural counties in the state.

In North Dakota, 17 counties have no physicians at all, according to Brad Gibbens, deputy director at University of North Dakota’s Center for Rural Health. Dickey, LaMoure and Logan counties are among those considered health provider shortage areas.

“People in rural areas like Gackle (and) Streeter do have access issues, especially with transportation as our demographics change here in N.D. and people move into the area,” she said. “They may not have transportation to go to medical services in Jamestown. So this can pose a problem. Another issue, I would guess, is access to things like dental care and other specialty care needs.”

Last December, the Governor’s Primary Care Task Force recommended changes in five areas: increasing the capacity of health care educational programs, getting medical students into rural places to experience practicing there, doing more to recruit S.D.-raised doctors back to the state, finding innovative ways to provide care in rural places (such as telehealth or new partnerships), and collecting and analyzing data on what strategies are working.

An oversight committee will report to the governor and to the state Legislature on how those goals are progressing.

The Frontier and Rural Medicine (FARM) program, which sends third-year medical students into rural areas to practice, puts into practice one of those recommendations. It’s being funded by the governor’s SD WINS initiative. Another program funded by the S.D. Department of Health offers a grant to physicians who sign a three-year contract to practice in a rural community.

The University of North Dakota’s medical school is expanding class sizes to increase the supply of physicians, as well as offering scholarships and other incentives to those who commit to practicing in rural areas, according to an Associated Press story.

The PPACA itself has funding for reducing the physician shortage. The National Health Service Corps will receive $1.5 billion over five years to provide scholarships and loan repayment for those who commit to working in areas of need.

One other solution is to have nurses provide some of the care that doctors are currently providing. “Most studies show that (nurse practitioner)-provided care is comparable to physician provided care,” according to a National Association of Governors report. Nurses can practice fully in North Dakota and 18 other states; in South Dakota, nurse practitioners are limited in at least one area in the amount of care they can provide.

All of these measures will likely take some time to bear fruit. And with the PPACA set to take effect fully in just a few months, after Jan. 1, you may want to plan for a little more time in the doctor’s waiting room.