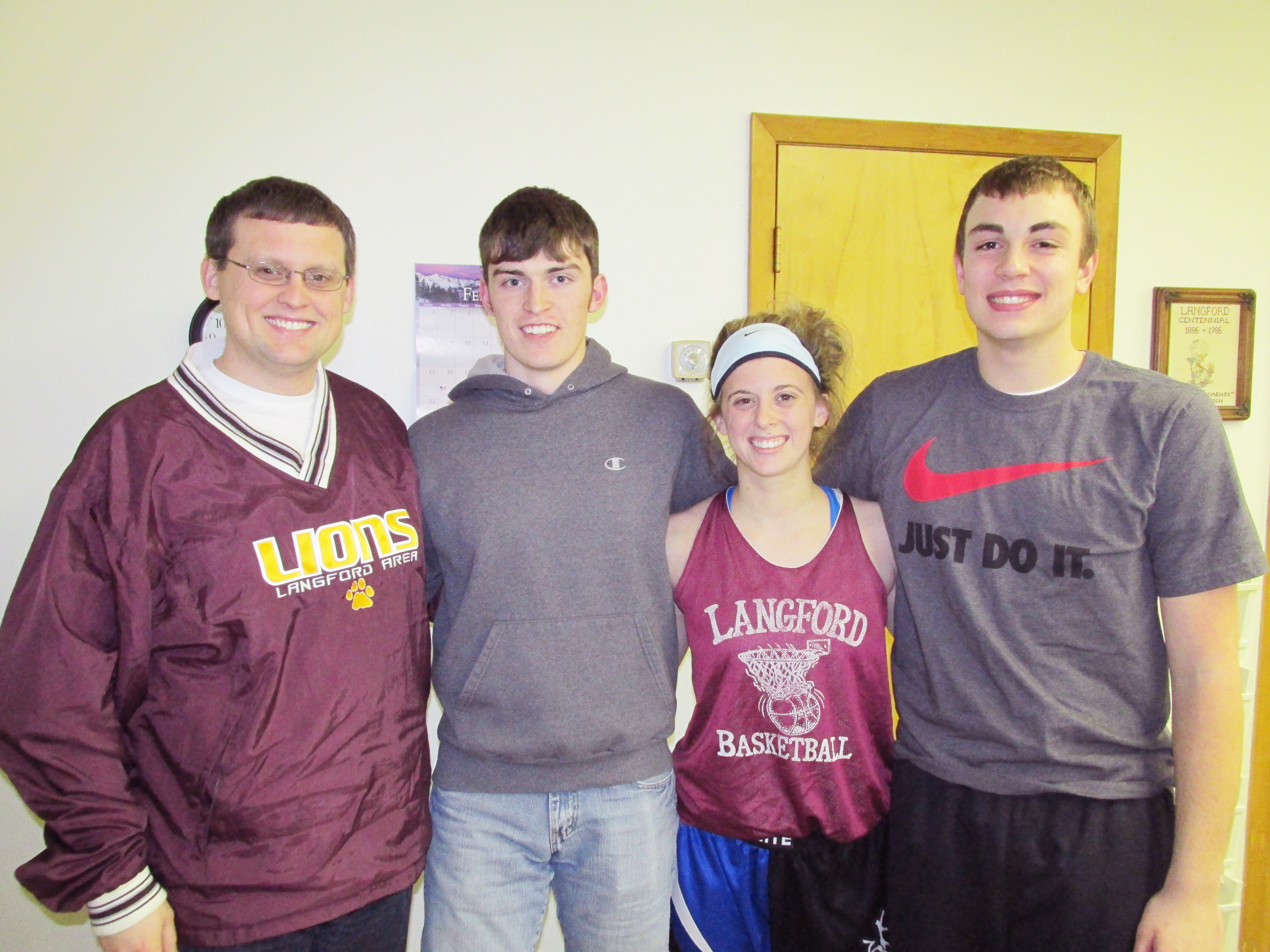 Involving youth in community decisions is a matter of investment: A little time and effort spent now will pay off in years to come.

“Oftentimes, youth are leaving our state, at least temporarily, and they’re going off to find things bigger and better that they believe they cannot find in South Dakota,” said Buddy Seiner, community development officer for the South Dakota Community Foundation. “If we …. don’t ask them for their opinions, someone else will, and then we’re going to lose that opportunity to engage them.”

The South Dakota Community Foundation—along with a host of other organizations—is beginning to embrace the power of our youth in not just doing hands-on work in our communities, but also in planning that work and shaping the big-picture dreams that one day will become the reality we hope will lure them home.

And the community is stronger for welcoming their input now.

The Parkston School District created a position on its school board for a student representative in 2012.

“We thought it would be insightful to have them sit in and get their feedback from time to time,” McIntosh said, adding that the student who served did the job well. “Students are probably a lot more insightful than what we give them credit for. They can see the big picture.”

With schedules often more hectic than their parents’, youth of today are busy, which makes keeping youth positions filled difficult. Parkston was unable to find a student representative in 2013, so the program was dropped.

“There are so many activities going on that it’s hard for them to fulfill their responsibilities,” McIntosh said.

Adults have to work to create intriguing experiences, according to Seiner.

“If you want youth to be engaged and at the table, you need to offer them an exciting reason to be a part of it,” and traditions such as Robert’s Rules of Order may have to be ditched, depending on youth feedback. “Allowing them to get their hands dirty and involving them in the process” allows youth to take ownership and pride in the boards they serve, he said.

Conversely, telling a student “this is how we have always done things” and being closed to his or her suggestions “squashes any idea they have for those board meetings right off the bat.”

This might mean allowing young members to assign money to projects of their preference, following their lead on the creation of events, or making sure their rights are equal to their elders’.

In Armour, S.D., a youth representative was given the right to vote on important issues.

“We wanted to involve her in every way, shape and form on the board,” former Armour Community Foundation board member Kevin Werkmeister said.

For at least one decision in Summit and Waubay, S.D., students’ voices were the only ones considered. This spring, the schools needed a new mascot to represent a newly formed sports cooperative. The school board relied on students to shape the co-op’s identity.

“The more involved they are, the more pride they have in their school,” Summit Student Council adviser Nichole Hoffman said.

Experience in Langford, S.D., shows that the same is true for communities. The Langford Area Community Foundation has enlisted the help of high school students on its board of directors since 2009—just a year after it was created. Each fall, the foundation president visits the senior class, explaining the program and its role in the community. One year, eight volunteers signed up to serve. That year, the community’s annual Thanks for Giving dinner—focused on thanking community members for their generosity—drew more than one-fourth of the town’s population together.

Seiner said thanking youth for their participation, too, is key to keeping them involved.

“They have so many things going on, and for them to volunteer or put forward any time for a community initiative … is a huge investment,” he said. “We need to show appreciation to them for that.”

And working side by side with youth sends a powerful message, too.

“Let’s create this culture of giving as a team, so they don’t think they’re in it all by themselves,” Seiner said.

McIntosh said the risk of involving youth into leadership roles is “getting a biased position and one that doesn’t look at the full picture,” and his board opted to disallow the student member to have voting rights or to attend executive sessions.

But Werkmeister argued that is part of a healthy democracy—no matter the age of the representatives involved.

“You want diversity (on a board),” he said. “It’s not good for everyone to have the same opinion.”

Hoffman said that was not an issue in her school, either.

“The students understood that they were making an important, long-term decision,” she said, and the public was happy with their decision. She added, however, that making the voting process as formal as possible helped the students and the community take it seriously.

Most agree that taking a risk to allow youth a voice in community planning is best for everyone.

“Adults often make the mistake of thinking that they know the interests of young people—how they think, and what they want,” said Mark Nelson, president of the Langford Community Foundation. “We must be willing to (engage, equip and support) our youth, then invite them to lead and eventually come home as young adults and families to the community they helped create.”

“That’s what we need to do in South Dakota—make youth aware of what’s going on in our communities and region, to make them want to come back,” Werkmeister agreed, adding that Armour’s first student representative quickly became a cheerleader for rural South Dakota. They hope she will return to the area after college.