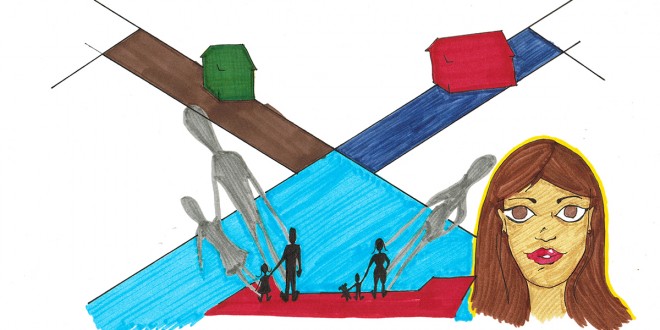 by Wendy Royston, with additional reporting by Heidi Marttila-Losure

In the past 30 years, the Dakotas have worked hard to improve economic opportunity to the people who call these states “home.” But, according to experts, the state of the actual homes in the Dakotas has not received such focused attention.

The organizational structure for economic development was put in place 30-some years ago—but the same didn’t happen for housing, according to Joe Bartmann, vice president of innovation for Dakota Resources, an organization focused on rural community development, including housing.

“So it became nobody’s job to look after housing,” Bartmann said. While there are many organizations looking at small parts of the housing picture, “nobody’s looking at the broad (topic), holding space for housing development to happen, in a sense, and being strategic about it as a whole community.”

For several decades, very little housing construction was happening in rural communities. And that time without construction has made it hard for communities to jump back into the housing game, even if they see the need for it.

That’s because the fewer sales transactions a community has, the less banks have to go on when they are deciding how much to approve in financing. Homes that are handed down to the next generation, which is fairly common in rural places, don’t provide comparable sales data, either.

Construction costs have not been held back by anything, though—so it might cost $250,000 to build a home, but a bank might only finance a small fraction of that cost, according to Steve Griesert, president of Community Partners Research, a Faribault, Minn., a company that provides studies to communities in Minnesota and the Dakotas.

Even those with tens of thousands of collateral for their projects can face difficulty in obtaining necessary funding.

“It’s pretty difficult to build a $250,000 home when the existing sales price is like $50,000, because the house isn’t even going to be worth what you have into it when it’s completed” and banks may hesitate to extend financing offers, Griesert said. “You’ll look at the existing homes in town first, and think, ‘Boy, if I can buy a really nice house for $100,000, why would I go out and build a 200-and-some-thousand-dollar house?’ On the flip side, if the median price is around $200,000—which we don’t see a lot of—you’d say, ‘Well, heck, rather than buy a used home, I might as well build one.’”

“The lower the value of the median housing in a community, the more substandard housing there is, because people don’t see it as much of an investment. If you live in a $25,000 house that needs a $15,000 roof, you’re … going to think twice about making that improvement,” Griesert said, adding that the same roofing job on a $150,000 house is viewed as an investment that could increase property value.

Poorly maintained homes are bad not just for that home and that homeowner, but also for the community.

“Both decay and vibrancy radiate from the center,” Bartmann said. “When someone is allowing a home to go into disrepair and not be kept up, that is contagious. It easily spreads down the block.”

In some instances, that housing eventually becomes unlivable. Those abandoned homes can bring down the value of homes in neighborhoods and entire communities.

But Griesert said sometimes the key to overcoming that is simply starting a conversation.

“In one community, I talked to a guy who looked out his front window at an empty house and watched animals come and go for over 60 years,” he said. “In some instances, people have said, ‘I was wondering how long it would take for you to say I needed to do something.’”

Clearing out abandoned and dilapidated housing can become complicated in small communities, where the owners of the properties often are members of the council—or related to them.

“In theory, it’s really good, but politically, it starts to get really tough,” Griesert said.

Housing, back in focus

In recent years, more communities have realized that housing needs their attention, according to Lori Moen, chief operating officer of Grow South Dakota.

“There is more discussion, as far as ‘how does housing tie in with economic development and recovery?’” she said.

And rural leaders are seeing more examples of economic development stymied by housing challenges. “We are seeing that people aren’t willing to move—if there isn’t opportunity for adequate or affordable housing (where the job is), they aren’t going to move,” Moen said.

Here are some of the strategies that experts say are working:

“Collectively, we are all responsible” for housing, Moen said—but who is actually going to do the work?

“The key is having that coaching, or one key person in the community, that keeps everybody coming back to the table … (the one who) keeps them engaged, keeps them motivated,” Moen said. “When you have that, everything else becomes easy.”

That person can be a paid professional, or a dedicated volunteer, but he or she needs to have time to dedicate to housing.

Organizing even the best-intentioned efforts takes a bit of coordination and a well-orchestrated game plan.

“A lot of times, communities don’t know what they need,” said Mark Lauseng, executive director of the S.D. Housing Development Authority. “If they say, ‘We need housing,’ and they come in and build all one-bedroom apartments, when the need was actually for family three-bedrooms … they’ll just waste their time and their efforts.”

A housing study can help communities make smarter decisions. Community Partners Research is one company that does such work—its representatives come into communities and conduct a series of interviews, look into the condition of housing and the job market, then make predictions of what will happen in the community over the next decade.

Griesert said the process consists of assessing existing structures from the street, evaluating demographics, and considering the role the community plays in the greater region.

Interested communities can apply for a grant from the SDHDA that covers up to 50 percent of those studies.

The program aims to help communities formulate a plan based on housing study findings and the actual needs of current community members by bringing in both community coaches and resource providers.

“Before, we were trying to connect those teams to the people who could help them. Now, the people who can help them will be on the ground with us,” Bartmann said. “They’re going to have some of the people who know more about the ins and outs of housing development than anyone else in our state right there, sitting at the table with them, in their town hall or their café.”