Print This Post
It’s easy now to think of the electrification of rural America as an inevitable step in the march of progress.

From the Editor: People power 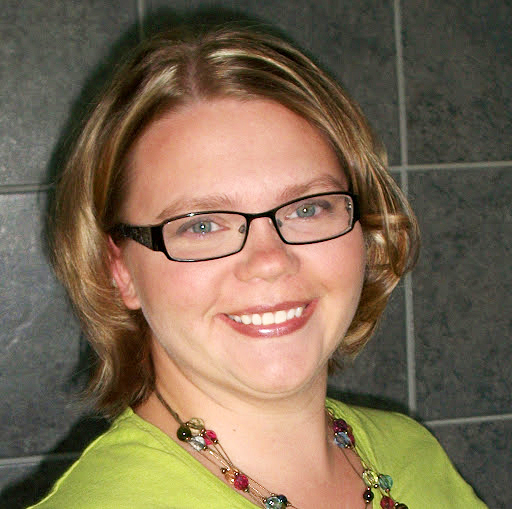 It’s easy now—as I pause from this Saturday editorial writing to start a load of laundry, a task that would have taken my grandmother a morning at least—to think of the electrification of rural America as an inevitable step in the march of progress.

There was a time, however, when there was a stark divide: American cities and then even smaller regional hubs gained the power that lit them up at night, while small towns and farmsteads remained in the dark.

Farm families did their evening work by kerosene lamp. “If a family had so many children that they completely surrounded the one good lamp while studying, their mother could not do her sewing until they were finished. And outside the small circles of light, the rooms of a farmhouse were dark,” according to The Next Greatest Thing, a book about the history of rural electrification.

It’s even been suggested that the depopulation of rural places that gained momentum in the 1930s, spurred on by the dire economic straits of the Dust Bowl and Great Depression, was made worse by the electrification divide. The bright lights of the big city were a powerful lure for young people used to hard manual labor and bedtimes enforced by the setting sun.

If market forces had ruled the day, some rural places might still be without power. The 1935 creation of the Rural Electrification Administration, which was intended to start and supervise projects to get electricity to the more than 5 million rural homes that didn’t have it, got the ball rolling. But when REA Administrator Morris Cooke asked private power companies for their plan in electrifying rural America, “Cooke was more than disappointed—he was outraged,” according to the Next Greatest book. They would have built wires to those homes that were easy to reach and that were guaranteed to use a lot of electricity—about 247,000 of them. Millions of other farms weren’t part of the plan.

Some rural folks saw what needed to be done: They’d have to take up the job of rural electrification themselves.

It was not easy work. Electricity was a new technology requiring new skills and knowledge, and getting it into rural places required cooperation of landowners all along the route. It required a significant up-front investment of both money and labor. And many of the “powers that be” did not see the potential for success. For example, legislation to create the South Dakota Rural Electric Association failed in 1939, 1941, 1943 and 1945, finally passing in 1947.

“The idea of electrifying rural South Dakota was met with some apprehension—even hostility—not to mention a few chuckles and chortles echoing up and down the Capitol’s hallways,” according to Chuck Cecil in his book Going the Extra Mile. “Many legislators believed that farmers could never accomplish such a pipedream, this cockamamie idea envisioned by rural electric advocates in South Dakota. If electrifying rural South Dakota was possible and was such a good idea, they asked rhetorically, why hadn’t private power companies made it a priority?”

It might not have been a priority to the investor-owned power companies, but it was a clear priority to rural people, who came together to form cooperatives to bring electricity to their members. Farmwives were often the biggest advocates, seeing clearly how their lives would be improved by the wonders (electric irons! stoves! washing machines!) that their city sisters had had for years.

And (as I move my load of wash to the dryer, leaving it to do the work with the push of a button) we have the efforts of these cooperating, forward-thinking citizens to thank for the relative ease of our life in the country.

We are aware that much of our energy comes from sources that are in limited supply. And it is getting harder to deny that our use of energy from polluting sources is creating problems that our children are going to have to clean up. In some cases, the damage may be irreparable.

These are big problems. And most of the solutions that are proposed to them are similarly large. But I suggest that, like the farmers who brought electricity to the countryside, we should look to ourselves and our neighbors to find solutions that will work in our own places.

“The right local questions and answers will be the right global ones,” Wendell Berry wrote for Atlantic in 1991. “The Amish question ‘What will this do for our community?’ tends toward the right answer for the world.”

What kind of energy can we produce locally? Is it possible for local residents to own that energy production, so the energy is used, and any profit is made, and any costs are borne by the same people? Is it possible to do this cleanly, so we’re not making messes for someone else, somewhere else to clean up?

These are not easy questions. But I think facing them and working with our neighbors to find answers to them is the next step in the cooperative legacy of our forebears who once brought light to the countryside.

“I was so taken with the concept of cooperation as the means by which the government and the people came together to accomplish the rural electrification … It was so in keeping with the magnificent trait in the American character, to knit and band together in times of adversity in order to survive.

“Still, the REA people went beyond survival … They truly brought and built something to and for themselves. … They built these co-ops to stand as a statement of what they were capable of achieving under cooperative democratic principles.”

—Arthur Rothstein, photographer for the Office of War Information who captured the work of electric co-ops in 1942, as quoted in the book The Next Greatest Thing

Side note: I enjoyed paging through The Next Greatest Thing: 50 Years of Rural Electrification of America as research for this article. I had a pleasant surprise as I reached the end of the book—someone had tucked in an article about the death of the book’s editor in 2009, and I recognized the name. Dick Pence grew up in Frederick! It truly is a small world. The book’s title, by the way, is based on a quote of a Tennessee farmer in the 1940s: “Brothers and sisters, I want to tell you this. The greatest thing on earth is to have the love of God in your heart, and the next greatest thing is to have electricity in your house.”

Note to readers: Some of the stories in this issue deal with topics that may affect me personally—a transmission line is slated to go across land in which I have an ownership stake. As always, I have attempted to direct reporting so that we are looking at how these issues affect rural communities, but I wanted you to be aware of a potential conflict of interest.

energy From the Editor Own Our Energy 2015-09-15
Heidi Marttila-Losure
Share !
Previous: Attendees discuss education and community in Kulm
Next: Perspective
Scroll To Top