A changing climate means it’s time to design for resilience.

South Dakota State Climatologist Laura Edwards thinks that the changing climate can be a benefit to the future of the agricultural sector in the Dakotas. 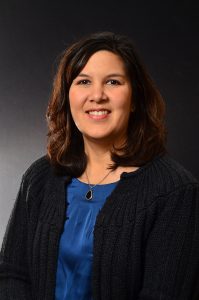 “There’s much opportunity here,” she said. “That might come with challenges, but it’s more positive than negative.” Edwards said farmers and ranchers can incorporate different methods to mitigate, or take advantage of, effects from climate change.

Edwards thinks the trends of the past four decades, like warming temperatures creating longer growing seasons, will continue into the next 20 years. “Certainly the changing climate we’ve seen in this region has been beneficial to allow higher productivity, higher yields,” noted Edwards.

One challenge will be water management.

“We’ve seen much of the (eastern Dakotas) region that are 20 percent wetter each year as annual total than they were about 30 to 40 years ago. That’s like adding 3 or 4 inches of rain per year,” Edwards said.

Wet conditions have increased during spring and fall seasons, which can be challenging for planting or harvesting. Adaptations such as installing drain tile into fields, changing crop rotations, and planting cover crops are helping.

“A lot of those things will help make farms more resilient to climate extremes,” she said.

At the same time, drought will pose challenges.

“Probably one of the hardest climate extremes to deal with is drought, because it can come on quickly and get really bad in a hurry. Then it gets beyond just farms—it gets to communities and farms and mental health issues even, where people are really stressed and having a tough time,” Edwards said.

She believes communities can and should prepare and discuss how they’ll adapt to a changing climate. Looking to renewable energy and planning for water management are two options. She suggested having connected communities and networks of individuals in dialogue to move through hardship. The answers will be unique to each community. “In Webster and Waubay, it may be different from what that looks like in Aberdeen,” she said.

Edwards said the answer to the future of rural resides within communities. That begins with a willingness to talk about climate issues.

“Climate and the changing climate are tied very politically around here. For me it’s not a political conversation. There’s so much evidence that things have been changing in our lifetimes. Whether or not you agree it’s human cause … I think there’s something we can talk about,” Edwards said.

2017-01-30
Jamie Horter
Share !
Previous: Local food can provide opportunities for rural.
Next: Technology will continue to change the way we farm.
Scroll To Top