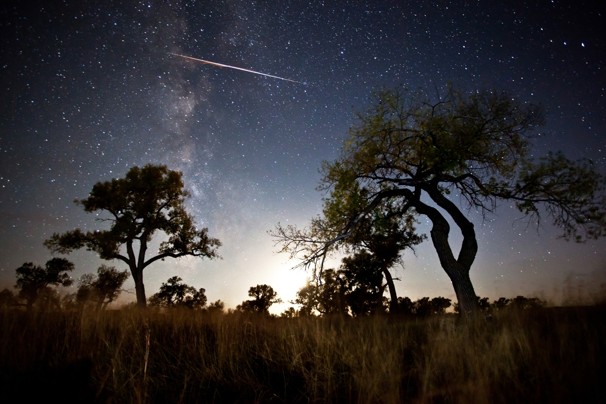 FiredUp: Best promotion of Dakotas this year may come from Kennebec farmer

I have frequently had conversations with people who don’t see exactly what’s so great about living in South Dakota—while other places can claim mountains, beaches or wilderness, South Dakota has … well, it has some attributes, but it’s hard to explain that one of its greatest features is the fact that there’s not much blocking the view of the sky.

“South Dakota has sky theater,” I say in way of explanation, trying to capture the dramatic sunsets, churning storms and brilliant northern lights in one phrase. For the most part, I think my message does not get through.

Randy Halverson, a Kennebec farmer, has created images and videos via time-lapse photography that do far more to show how dramatic and beautiful “sky theater” can be. A YouTube video called “Temporal Distortion” has received national attention. The Associated Press wrote a story that was picked up by many news organizations, including The Washington Post.

There are many more videos on his website, and you can purchase images there also: http://dakotalapse.com. (“Plains Milky Way” is another nice example of prairie beauty.)

They may be just the thing to show long-distance friends or relatives when they wonder about why you think South Dakota is beautiful. Or even just to remind yourself of the beauty on a gloomy day in late winter.

Consider this quote from Willa Cather in Death Comes for the Archbishop (quote actually taken from the book Home Ground: Language for an American Landscape):

“The plain was there, under one’s feet, but what one saw when one looked about was that brilliant blue world of stinging air and moving cloud. … Elsewhere the sky is the roof of the world; but here the earth was the floor of the sky. The landscape one longed for when one was far away, the thing all about one, the world one actually lived in, was the sky, the sky!”