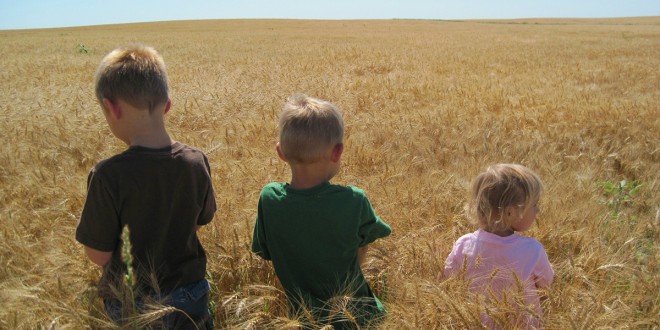 Wealth flows out of rural places with nearly every funeral—but in that problem is an opportunity.

Read the obituaries in your local newspaper, and you’ll find stories of lives well-lived (and, perhaps more interestingly, sometimes not-so-well-lived). Most of the obits also have a clue as to whether that personal life story fits into a larger story that will significantly affect rural Dakota communities in coming decades. Here’s how to tell: In the list of those surviving the deceased, how many names are followed by a hometown in a different state?

If you notice that all of the next generation has dispersed to the coasts, then you can be fairly certain that, in addition to the loss of that person’s wisdom and the role he or she played in the community, the wealth that person created over a lifetime will soon leave the state as well.

The process of those assets changing hands as they go from one generation to the next is called the transfer of wealth, and those who have studied the issue say it represents an incredible opportunity for rural Dakota communities if they can take advantage of it—or a significant threat to them if they cannot.

INFOGRAPHICS: Comparing the transfer of wealth in Dakotafire counties 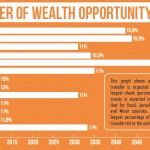 The amount of wealth set to change hands in rural Dakota communities over the next 10 years is eye-opening—and the numbers for the next 50 years are staggering.

According to a study commissioned by the South Dakota Community Foundation, about $2 billion (with a “b”) is set to change hands in the next decade in South Dakota, and somewhere around $110 billion will change hands over the next five decades. In North Dakota, a study published by the Impact Foundation showed that in the 55 years between 2007 and 2061, about $308 billion will transfer from one generation to another.

The data sets from the two Dakotas are not comparable to one another. The two studies, which were done by different organizations, used differing methodologies for figuring household income, and
different ways of projecting how fast the state’s economies would grow. They also use different starting points for measuring wealth: The South Dakota study uses 2010 data, and the N.D. study
uses 2007 (when household wealth peaked before the latest recession).

Pat Traynor, executive director of the Impact Foundation, said even the higher N.D. numbers may be conservative.

“Whether you’re talking 100 (billion) or (300) billion, you are talking serious figures. Substantial figures,” Traynor said. “What (the data) is showing you is there is great hope. The possibilities are unlimited.”

The numbers vary significantly by county; urban areas and the oil patch in North Dakota will have significantly more wealth transfer than other areas. Those areas are also projected to have population
increases, and the people who move there will bring more wealth opportunities to those areas.

Rural areas don’t have in-migration to bring wealth, so their projections are based on wealth that is already in their communities today. Even in rural counties, however, the overall transfer is figured in nine digits. McPherson County, S.D., for example, will see about $242 million go to the next generation over the next 50 years.

Outside of the oil patch, much of this wealth is tied to recent dramatic increases in land values. In just one quarter—the three months from July to September 2012—the value of nonirrigated land went up by 30 percent in the Dakotas, according to the Federal Reserve Bank of Minneapolis.

Stephanie Judson, president of the South Dakota Community Foundation (SDCF), said the foundation first did a transfer of wealth study in 2005, and decided to update their information last year. In just those few years, the net worth in South Dakota went from $28.8 billion to almost $53 billion.

“That was quite an increase over that time period, even a greater one than researchers had expected,” Judson said. “This wealth in agricultural land really compels people to think about how they can make a meaningful impact in their hometown community.”

A concern for today, not ‘someday’

The challenge for rural communities is that a significant portion of the next generation does not live in the community where the wealth was created. That means that, unless the current wealth-holders plan otherwise, much of the wealth grown on Dakota soil will eventually flow to heirs who have planted themselves in urban areas in the Dakotas, or in other states.

“If those dollars leave, they will not come back to those communities,” said Binerer, who is also co-author of the book Transfer of Wealth in Rural America.

Binerer said that there are some examples of people who grew up in a place giving back to those places even if they live elsewhere—but they are exceptions. The affinity to that place lessens in the second generation away, and by the third generation, that affinity is lost altogether.

“Once that wealth has left,” Judson said, “we have missed out on an opportunity to keep it here in our hometown communities.”

The transfer of wealth research about South Dakota also indicates when much of that wealth is likely to change hands. In urban areas, the amount of wealth changing hands increases to the end of the projection period.

That’s not the case in rural areas, where the amount of wealth changing hands hits a peak and then starts to decrease; in just a few decades, a significant share of the wealth in those counties will have already left.

In fact, in some counties, that peak has already been reached. In those counties (typically those with some of the oldest populations), each year from here on, less wealth will be changing hands.

“This is the peak period,” Judson said. “Now is a pretty critical time for many of our rural communities to capture some of that transfer of wealth.”

One reason the SDCF did a transfer of wealth study was so they would have a starting point for conversations with South Dakotans about the effect that capturing even a small portion of that
would have on rural communities, Judson said.

For example, if just 5 percent of what was being transferred could be put in an endowment, the fund would have $1 billion at the end of 10 years, according to the study. Paying out 4 percent of that a year would allow $40 million to be spent on community improvement projects over those 10 years. The potential benefit for rural communities if they have access to that kind of a perpetual resource is significant, Binerer said. And it is not just limited to the dollars flowing from the endowment.

Binerer said researchers have noticed that communities that recognize they have resources they can draw from often have a change in mindset that makes improvement more likely.

“People who have focused for too long on their deficits instead focus on their assets,” wrote Binerer and co-authors Don Macke and Deborah Markley in the Transfer of Wealth book. “People move from thinking about scarcity to considering abundance. They begin to take control of their investments and their futures.”

For the Impact Foundation, which does capacity building for nonprofits in North Dakota and western Minnesota, executive director Traynor said the transfer of wealth data showed the nonprofits they worked with that the wealth is real—the resources are out there. Then, instead of just thinking in terms of getting by, they can have bolder objectives. The question becomes, “What would you do if you could thrive as an organization, if money was not a major barrier?” Traynor said.

Having a perpetual resource to draw from also means that the community starts to think long-term instead of short-term, which research has shown to be one marker of a successful, healthy community, according to the Transfer of Wealth authors.

For nonprofits, this means that they start to look at ways they can address root causes of problems, and not just symptoms, Traynor said.

Finally, there’s the strange truth of fundraising that money draws money. If a community can show that it is investing in its own future, the authors state, “(i)t is evidence that community believes in itself and is willing to invest for the future—an appealing attitude for other potential funders.”

Winning over the next generation

There is one group that might have something to object to in this discussion: The next generation, which could take the view that part of their rightful inheritance is being diverted to a community where they will not benefit from its use.

Binerer said sometimes heirs do voice their objections. One way to deal with this is to make sure current wealth-holders explain their plans and why they want to leave a legacy in that particular way. Open communication usually has a better result than a surprise, he said.

He has also heard comments from those who are making their estate plans that if their son or daughter can’t make it on the sum that they are set to receive (an amount that is usually quite substantial), then the problem lies somewhere other than in the amount of the bequest, and having a small percentage more isn’t going to help.

They leave as much to their children as their heirs will need, Binerer said, and “they leave that ‘excess,’ if you will, for their communities for the things that they believe in and are passionate about.”

Judson said the donors she’s worked with typically give out of gratitude to the communities that helped them succeed and build the wealth they now hold. Farm families also often say they know that their communities are more likely to thrive in the future if they have additional resources to draw upon.

Many of them likely agree with the authors of the Transfer of Wealth book, that making money doesn’t work well as an end in itself, either for individuals or communities:

“It is not enough to create more wealth if some of that wealth is not owned by the community and used for the benefit of the community.”

The authors suggest that the best kind of philanthropy doesn’t just focus on having more dollars available, but looks at building up different kinds of wealth: skills and education, natural resources, infrastructure, and networks of people that can get things done, for example. Good philanthropy also recognizes that all those forms of wealth can build upon one another, and so wouldn’t destroy one kind of wealth for the sake of another.

But in the end, the kind of philanthropy that a donor wants to support is his or her own decision. In that way, the authors suggest, philanthropy is a key part of a democracy: People can vote with their dollars for the kind of future they want to create.

Those in rural communities can hope that vibrant rural places are part of that vision.

“(The transfer of wealth is) a tremendous opportunity, especially for rural places,” Binerer said. “If it can be realized, it can really change the reality in these rural places. It would allow them to have the resources to make a difference in their communities. I hope that they realize that it’s important, and they start acting on it.”