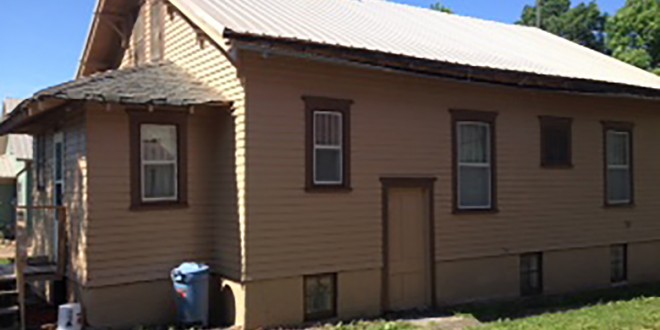 Inspired by the difference a group of volunteer painters made on a home and a neighborhood through the Paint South Dakota program last summer, one community in the southeastern part of the state is working to create its own program, in order to more quickly spruce up the town.

“It’s all about economic effect,” said Larry Johnke, a board member for the Irene Community Development Corporation, who serves on that organization’s Paint Irene subcommittee. “We just want to have a nice-looking community, (so) when people go through, they say, ‘Hey, this is a nice, viable community.’”

The subcommittee is hopeful, according to Johnke, that cleaning up a few properties in town might improve the community’s image to visitors, and hopefully attract new people.

“When you come into a town, you don’t want to see run-down places or derelict places,” he said. “Right now, it’s painting, but … it could include some things that are related to that.”

Johnke said the group hopes to continue working with the Paint South Dakota program, but increase local improvements by taking on additional work itself, though that may mean donating only the cost of supplies or the labor. Though plans are in the early stages, the group is discussing a potential points system to identify priority projects, in order to positively impact neighborhood and property values.

Though painting houses may not seem like an obvious priority of a development organization, Johnke said it makes perfect sense.

“If somebody comes into town and thinks it’s a nice place, that has an economic effect,” he said.