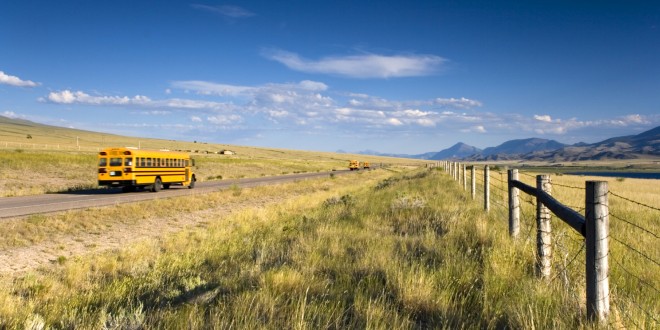 “We are not afraid of better.”

That was the rallying cry of one of the most powerful speeches at the National Rural Assembly in June, and that’s not faint praise, as that includes competition with two cabinet secretaries.

The speaker was Kim Phinney, who is director of rural and tribal development for YouthBuild U.S.A. The power in her speech, however, came more from her job as a mom.

Phinney spoke about the education that her son, Atticus, received at his small school in rural Vermont. For three of the five years that he has been in school, his classroom instruction didn’t meet state standards, Phinney said:

Despite spending about one hour every day focused on literacy, he along with his classmates read one book all year. One book. The title was Hatchet. It’s a fantastic story, ripe with the opportunity to engage students in experiential learning, build critical thinking and analysis, connect writing to resiliency. But his class did none of that.

Between October 1st and June 7th, they read 185 pages, methodically, each taking a paragraph and reading out loud. They got in trouble if they read ahead in an attempt to follow the plot. Often times, whole weeks would go by and they wouldn’t get to read at all.

As a mother myself, who had at times worried about the quality of education my kids would receive at their small school, I listened to this and felt pretty good about our situation. My daughter had certainly read more than one book in her first-grade class!

But Phinney went on: Others had declared that her son’s Vermont school was “pretty good,” too. Secretary of Education Arne Duncan stopped by a few years ago to celebrate their testing success: They weren’t doing too bad compared with other rural schools in the country, performing above both state and national averages.

Her point was that sometime along the way, rural schools had decided that “pretty good” was good enough. In her discussions with the teachers at her son’s K-8 school, no one seemed to think it was their job to make sure kids were prepared to go to college: “Hmm, we don’t really focus on that. Oh, you know, they do different things to get by.” Perhaps they thought that job fell to the high school teachers, or maybe they were addressing the reality of the situation, since the college completion rate for rural Americans is 15.4 percent, according to Phinney.

This response has Phinney outraged.

“I am angry that as my son sits in his plastic chair, against his wooden desk from 8:05 a.m. to 2:55 p.m. that he is learning the lessons of settling, of low expectations and of learning to squelch passion,” she said.

“Settling.” That is, of course, what being happy with “pretty good” means.

Now, I disagree with Phinney on one point: I do not think college graduation should be the standard for academic success—or at least, it shouldn’t be the only one. The artistry of a cabinet maker or the specialized skills of a welder don’t require a college degree but can nevertheless lead to happy, successful lives.

But even if rural kids won’t all get or want college degrees, there is a problem in elementary school teachers expecting that college isn’t in the future of most of the students they teach.

I hope that college-dismissing attitude isn’t pervasive in the Dakotas. I have not run across it among teachers I’ve talked with so far, at least. But I do think there is a danger in settling once we achieve “pretty good.” We can expect more: More knowledge that helps young people grow up to be responsible citizens in a democracy, and more skills and know-how that lead to fulfilling lives that make our communities, states and nation better places to live. That’s a whole different picture than believing rural young people will just do something to “get by.”

Phinney’s call to the National Rural Assembly was, “We are not afraid of better.” Let’s see if all of us with a stake in our children’s education can show her we heard and responded.