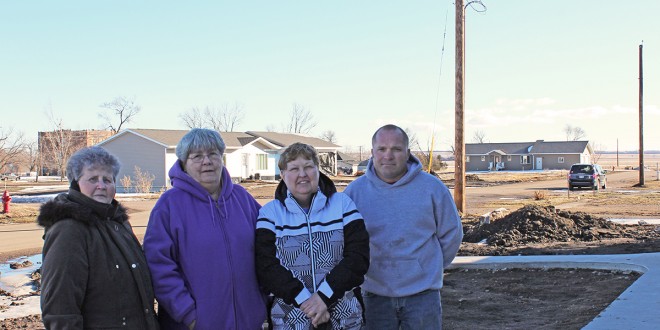 Delmont looks for the new normal after tornado’s chaos

The community of Delmont, S.D., already struggled with decreasing population when an EF-2 tornado damaged or destroyed about one-third of its homes on Mother’s Day 2015. What emerged from the debris was enhanced camaraderie and the opportunity to reimagine the future.

Most Dakotans know the feeling of hunkering down during severe weather, listening to roaring thunder and the suddenly angry prairie wind.

But for those who survive the most violent weather, a tornado, the silence after it passes haunts long after the winds cease.

“There were no birds for days,” said Barbara Hoffman, a longtime Delmont resident.

Hoffman remembers well the eerie silence after emerging from her basement to see many of her neighbors’ homes destroyed. The birds eventually found their way back to Hoffman’s lone mulberry bush, but with many trees toppled in the storm, their song isn’t quite as loud as it once was.

And the “tune” of the community has been altered, too. Though the business district was only minimally damaged, the community continues to work to regain its full strength in the wake of the loss of approximately one-third of its housing. Delmont’s business district was only minimally damaged, though a Lutheran church and parsonage were also destroyed.

The varied voices from the community—the City Council, the special disaster recovery team put together by Lutheran Social Services, the voices of the citizens themselves, and even the semisilence from those who were forced to relocate—are finding a harmony as they rebuild.

“We’re making strides ahead. It may not look like a lot, but every bit helps,” said Earla Strid, a member of the Delmont City Council and coordinator of the distribution center for disaster victims during the storm’s aftermath.

When homes were destroyed, empty lots were left, and when the wind picks up, it leaves a dust trail.

The Lutheran Social Services Longterm Recovery Committee works with other state and nonprofit partners to bring together funds and ongoing organizational support. They have joined the Delmont Nonprofit Development Corp. and other civic groups and citizens in considering what to do with the empty lots.

According to Mayor Mae Gunnare, Delmont faces reduced tax and income base for the city after losing so many homes and utility connections. Only 10 homes have been rebuilt; more than 30 have not. Trees and grass on those lots are the next step, she said, but other considerations have had to be made as well.

For example, the city finance office secured funding barely a year before the tornado to improve water infrastructure. Now, that financing needs to be repaid, tornado or not. John Clem, community development specialist with Planning and Development District 3, which advises counties and municipalities, had helped the city get the funding. Clem said he has assisted the city in applying to refinance the bill of about $130,000 to S.D. Department of Environment and Natural Resources and hopes there may be some loan forgiveness as well.

The city struggles to pay its bills with tax receipts down, including outstanding taxes on the now-empty lots—lots that the community wonders what to do with.

New construction would seem to be the answer, but according to Darren Fechner, area farmer and president of the Delmont Nonprofit Development Corp., it just isn’t that simple. Even if they gave the lots away free, getting people to build in an area where homes would immediately depreciate about a third from the initial cost of building just doesn’t make sense.

So, for now, a consensus has been reached: Beautify the town, control the dust, and hope neighbors will pitch in to mow lots whose owners had to relocate.

“We might not be able to get people to move here permanently,” said Fechner. “But maybe we can get some RV hookups.”

Creating camping space for summer and fall visitors to Fourth of July or the annual kuchen event will take collaboration, as well as some rezoning. Before deciding on future uses, the priority this spring is planting grass and trees.

These birds will grace trees that withstood the storm, as well as new trees as they are planted—signs of hope that a tornado didn’t permanently silence Delmont’s song. 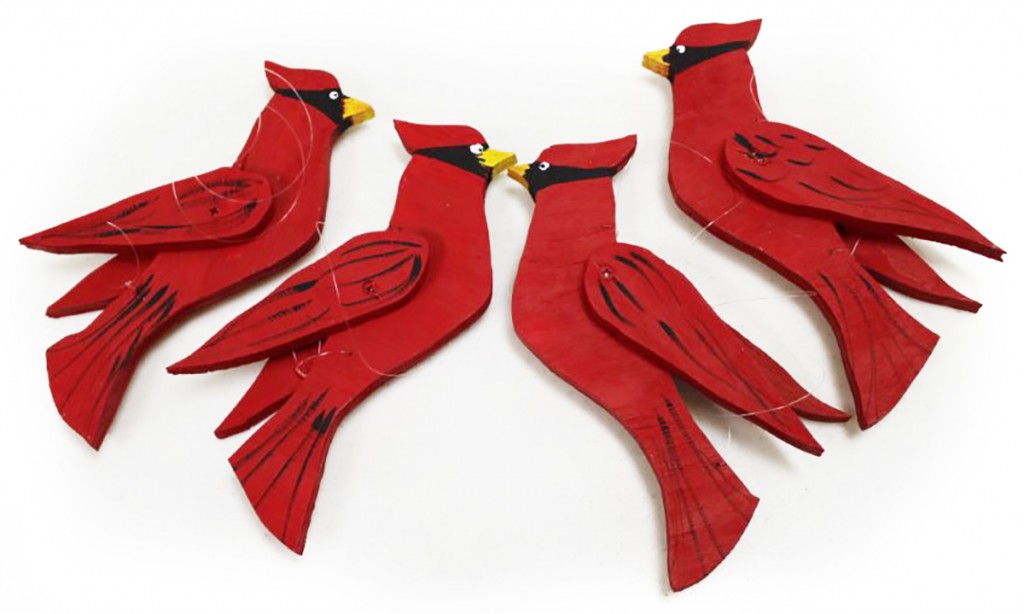 Painted wooden cardinals will grace the surviving and newly planted trees of Delmont this spring. Photo by Elizabeth “Sam” Grosz