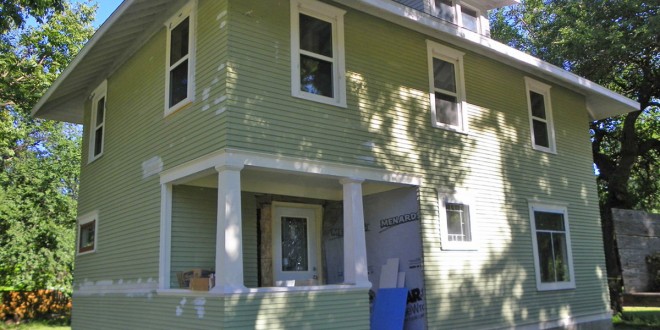 by Wendy Royston
with additional reporting by Rebecca Froehlich

Sometimes, the key to advancing housing in a community starts with what you already have.

“The neatest houses in Centerville are some of the older ones that have been rehabbed,” said Bill Hansen, former executive director of the Centerville Development Corp. “These houses that … have some historical significance that we can preserve, I think it’s important that we try to do that when we can.”

When Hansen was at the helm, the CDC remodeled two historic Centerville homes that many in town had thought were beyond repair. The most recent, more than 100 years old, was purchased for $26,000 from a local owner. With the help of a $30,000 grant from the Neighborhood Stabilization Program fund and a zero-interest loan from a local business, the CDC invested $100,000 into it.

“It was a total gut rehab,” except that they didn’t remove plaster, according to Hansen. “Other than that, everything changed in there.”

Floor coverings were replaced, energy-efficient windows replaced several of the drafty originals, Energy Star appliances and HVAC system were installed, insulation was improved, and Sheetrock was hung over the plaster. 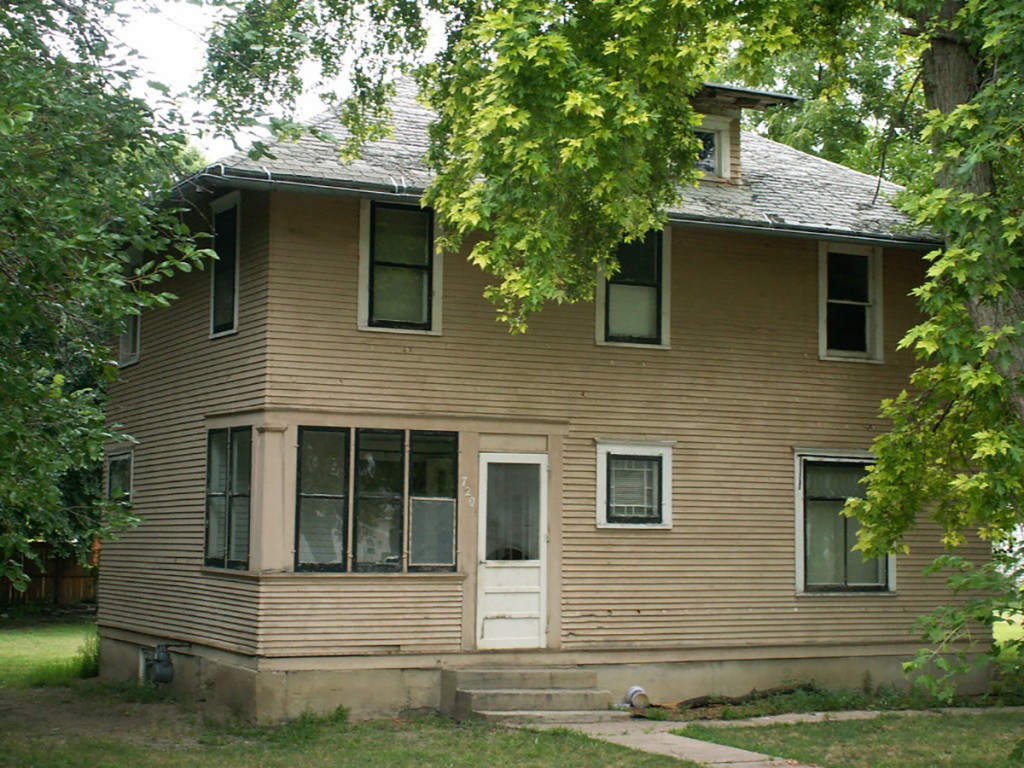 A home in Centerville, S.D., before renovation. Submitted photo 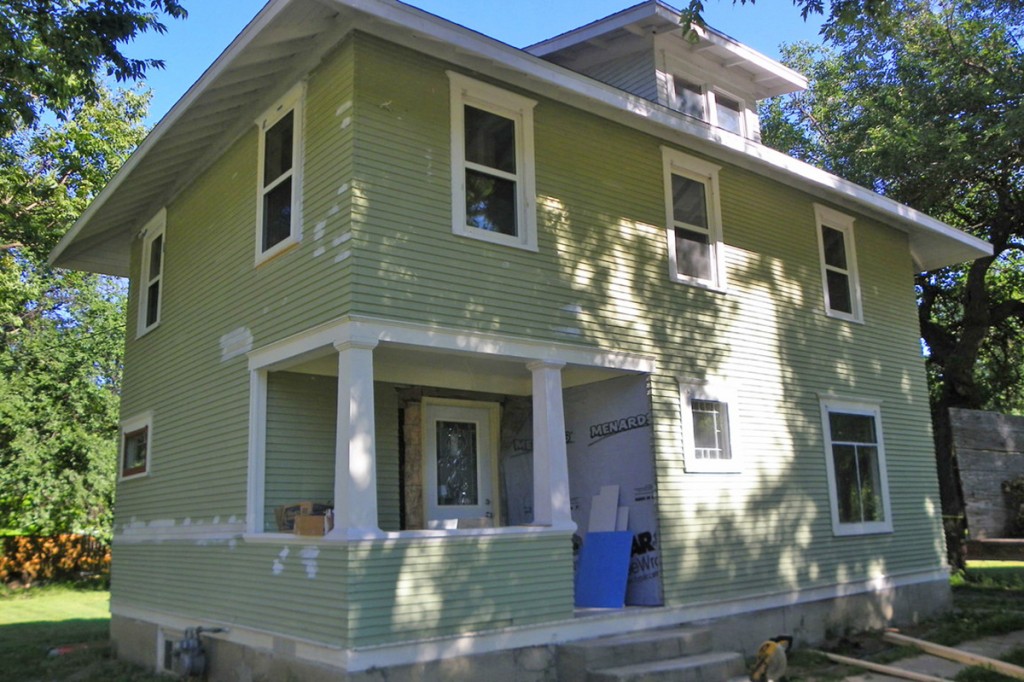 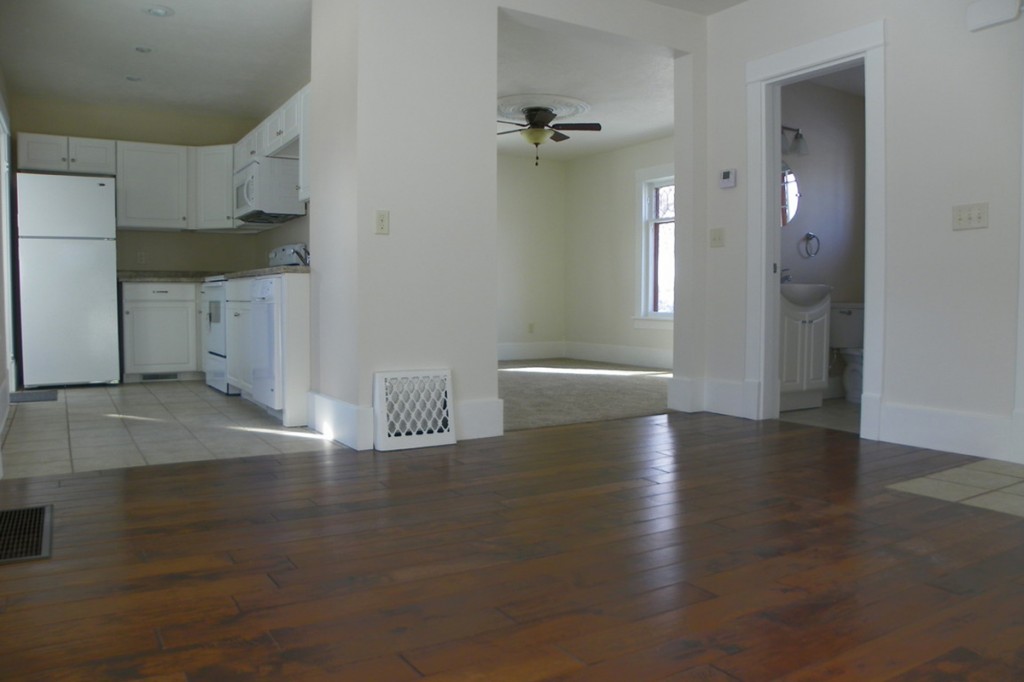 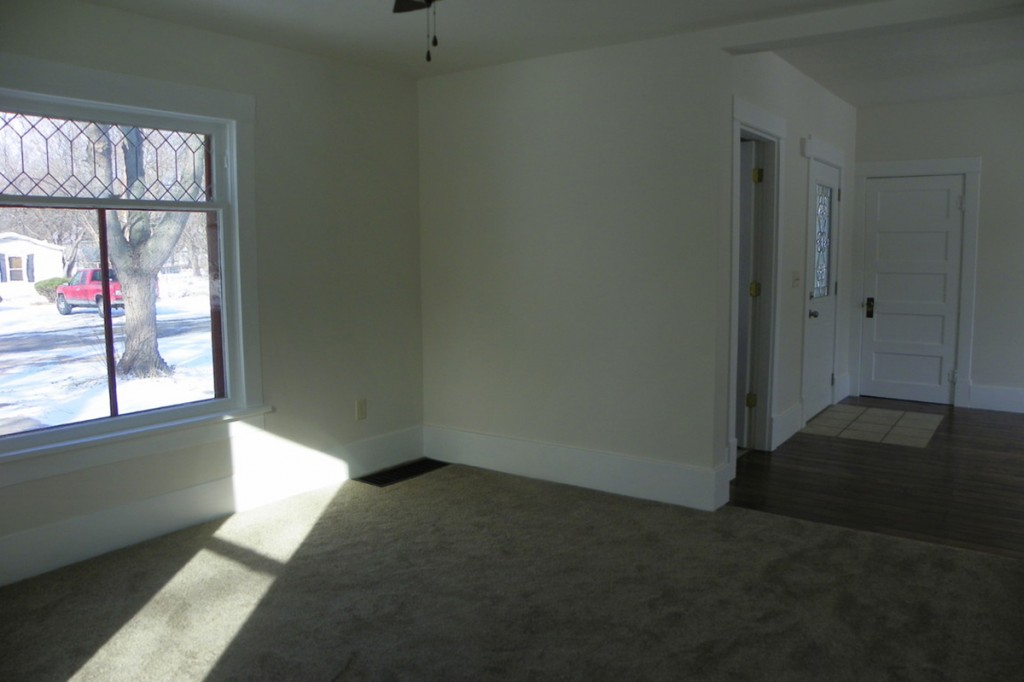 NSP funds allow for up to $10,000 as a developer’s fee for projects like the Centerville rehab projects.

“You spend a lot of time on that, and the city was paying for my time. We thought we should be reimbursed for some of that,” said Hansen, who has also advised other communities looking into this type of project. “It’s a lot of work. … You need to be prepared for some problems, and be ready to try to figure them out as you go along.”

Planning ahead, too, is critical in a house remodel project.

“You build in enough contingency so that you cover” unexpected developments, he said. “I’ve never built in too much contingency yet. It’s always ended up tight, and that’s why we end up eating into our developer fee.”

Centerville also has tackled its housing needs from the new construction angle. Over the last 10 years, in addition to the two rehab projects, a dilapidated home was demolished and replaced by one of three Governor’s Houses coordinated by the CDC, and three spec houses have been built.

Finding good resources for housing projects can mean the difference between dreaming about them and housing a new family. Hansen said that, on all of Centerville’s housing projects, he has worked closely with the S.D. Housing Development Authority to find appropriate funding streams. In fact, Hansen, who worked on Centerville’s first two housing projects as a volunteer before insisting the community needed to hire a full-time economic development director, now serves as an SDHDA commissioner.

“We tried to figure out which programs worked, what the need in the community was for housing, and be able to fill that need,” Hansen said. “When the NSP program came around, we got the opportunity to do some rehab. We kind of went around town and targeted homes that were either sold or foreclosed on.”

And Hansen’s successor, Jared Hybertson, who started as executive director in 2015, anticipates the work that Hansen began in Centerville will continue for years to come—especially the rehab projects.

“As long as it’s feasible, I think we will always continue to look for projects like this,” Hybertson said. “It’s a great thing for the community.”