The first order of business for children arriving at Clark, S.D.’s afterschool program is a snack, followed by roll call—and then a little chance to unwind. The kids can run off energy in the school gym or talk with friends before the program part of the day begins, when they work on homework, or maybe a school project or a craft. The kids usually have plenty of time to play before their parents arrive to pick them up at 5 p.m. 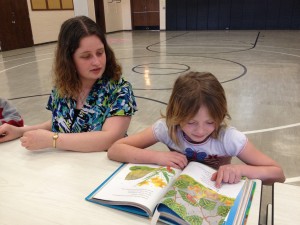 In Groton, S.D., the program is similar, though additional hours are offered: Parents can drop their kids off at 7 a.m. if they need to be at work early, and the afterschool program runs through 6 p.m. Programming at GRASP (Groton Area School Program) focuses on topics ranging from personal and leadership development to physical and environmental education.

“Our goal is to provide students with a safe environment in which to experience a variety of fun, nurturing activities during those times of transition between home and school,” said Dan Dalchow, Groton elementary principal.

Across the country, many out-of-school-time (OST) programs have faced challenges in rural areas, according to a March 2011 review of literature by the Harvard Family Research Project. Rural OST programs sometimes struggle to have enough funding, to get children from school to their location, and to hire quality staff. And in many rural communities, those challenges mean OST programs don’t exist: In one national study, 57 percent of rural parents said the reason their children don’t take part in an OST program is because there isn’t one, compared to 37 percent of suburban parents and 36 percent of urban parents who said that was the reason.

The programs in Clark and Groton, which both started about 10 years ago, as well as a program set to start next fall in Britton, S.D., suggest that OST programs that are run by schools can overcome those challenges to serve a community need.

Many communities start talking about an afterschool program as a way to keep kids out of trouble during the time when parents are at work but school is not in session.

And there is good reason for that worry, as studies have shown that many risk factors increase in the hours after school lets out: “The hours between 3 and 6 p.m. are the peak hours for juvenile crime and experimentation with drugs, alcohol, cigarettes and sex,” according to the Afterschool Alliance.

The lack of funding is the first hurdle for OST programs to overcome. OST programs need to find a way to pay for facilities, teachers, snacks and materials.

Partnering with a school addresses several of these funding questions, as the school facilities are available for use during OST hours and school personnel can run the program.

The program charges parents a small fee. The program has not looked into applying for any grants, because they haven’t needed any. Support from the community helps, Kolden said.

“Sometimes community members contribute to the afterschool program by donating toys or craft items or games, which we really appreciate,” Kolden said. “We are not a state-funded program—this is a school program.”

In Groton, the program pays for itself by charging parents a fee: The regular rate is $2.50 per hour, while families with two or more students in the program receive a discounted rate of $2.25 per hour per student. 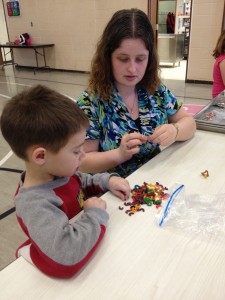 One other issue for afterschool programs is transportation, as getting kids from school to the program site can be an added cost and logistical challenge. For programs at the school, however, transportation is a matter of walking from one room in the school to another.

The transportation issue is one reason a significant number of Britton-area parents said they’d like to have an afterschool program at the school, according to a survey the school conducted this fall. Another reason is that many of the students now go to daycares after school, and their arrival can throw the careful structure of the daycare into chaos for the rest of the day, explains Kyla Richer, Britton-Hecla elementary principal.

“(This) isn’t always convenient for the daycare providers or the students themselves,” Richer said. “The afterschool program will allow for these students to be with their peers and take part in fun, organized activities.

“We are hoping that parents take advantage of the program and use it for not only their convenience but also as a means of keeping their children in a safe environment in the hours between school dismissal and when parents typically arrive home from work.”

In Clark and Groton, the programs are certainly being used. One hundred sixty students are signed up for the program in Groton, though only about 15 students take part in the morning program and 35 to 45 students attend the afterschool program on any given day. GRASP also has a summer program, which had 40 attendees last year. Between 23 and 33 students take part in the Clark program daily.

“This is a nice program for the community,” Kolden said. “There is really a need for it.”