What’s the state of the soil throughout the Dakotafire region?

“There’s no way to know,” according to officials, but “there’s always room for improvement.”

“Our state’s number one industry is dependent upon soil health,” he said, adding that the partnership aims “to increase sustainable agriculture production through diversification and improved soil health.”

Eventually, organizers hope the coalition will become its own entity, but in the meantime, the Grassland Coalition is providing oversight for the Soil Health Coalition’s farmer- and rancher-led efforts.

“Based on past experiences, the best way to share information and receive buy-in is through learning communities,” Smart said. “When you have a group of farmers and ranchers who believe in the same mission leading the charge, partnerships come alongside to help.”

Smart said finding leadership from among the state’s landowners is key.

“If I go out and encourage farmers and ranchers to implement research-based practices, like no-till and cover crops, the message will not be accepted as quickly” as if a fellow farmer or rancher shares his testimony of success using the same tactics, he said. 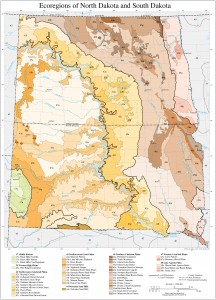 Smart said even the experts have a lot to learn in regard to how the soil works, referencing a colleague who recently said less is known about the ground on which people walk than is known about the bottom of the ocean or outer space.

“The soil biology is kind of our last frontier. We really haven’t studied it, and we need to do a lot more on it,” he said. “There’s a lot to learn.”

Recently, researchers have found that cover crops help cycle nutrients and feed the soil both micro and macro organisms, so the soil can feed the plants that eventually feed the world.

“We can actually start to use soil biology to do the work for us,” he said, in allowing the soil to receive and retail moisture, rather than having it run off and erode. “We’re trying to explore the possibilities of using soil biology in concert, instead of just ignoring it and just … treating it like a medium to hold the plant in place.”

Natural ecospheres lend a lot of hints toward creating those successful soils, too, according to Smart.

“A prairie has hundreds of species on it, all doing different things and feeding the soil, and it just provides for itself,” he said. “What we’re trying to do is … mimic that system by using crops.” This means having a diversity of crops, disturbing the soil as little as possible, and having “as much living, green material year-round to kind of feed those microorganisms and let them do their thing,” he said.

The overarching goal of the Soil Health Coalition, according to Smart, is to simulator the prairie “in a cropping kind of way.”

The key to soil health is to not disrupt the complex system that “keeps things green as long as possible.”

“You’ve got all of these bacteria (and) fungi that can break down organic material” into nutrients usable by the soil, Smart said. “You can use soil as just an anchor to hold the plant, and you can irrigate it and fertilize it and you can put on herbicides and it will do what it needs to do, or you can use the soil in concert with the biology—let Mother Nature of all of that work for you.”

One goal of the South Dakota Soil Health Coalition, according to Smart, is less reliance on artificial inputs.

“In the long run, it’s just a much more sustainable process,” he said. “There’s going to come a time when maybe those nutrients like phosphorus and potassium just aren’t available,” because they are mined.

And, he added, fossil fuels one day will become extinct.

“How are we going to feed the world” without fuel for large machinery, he asked. “We’ve got to start farming back in nature’s way.”