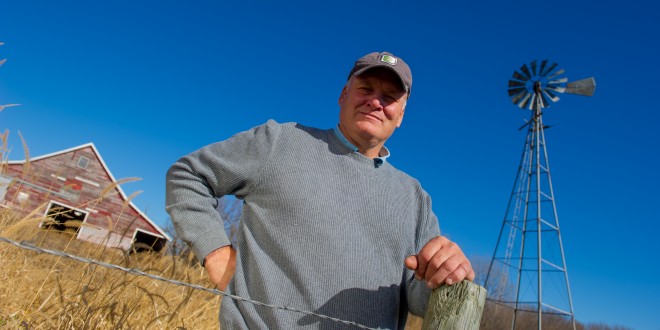 Paul Shubeck has been a mediator in South Dakota for 25 years. Photo by Greg Latza

What happens when farm family members can’t agree about what to do with a family business or an inheritance?

Both North and South Dakota offer mediation services than can help two parties resolve their issues.

Mediation is a negotiation that is conducted by a neutral third party. Jodi Bechard, director of Mediation and Ag Finance Counseling Services in South Dakota, explains that the Farm Loan Mediation Program was established in 1988 by the S.D. Legislature as a response to the farm crisis of the 1980s.

The mediation program, part of the S.D. Department of Agriculture, is open to agricultural disputes that deal with sums over $50,000, Bechard said.

“In recent years, federal land dispute cases and oil and gas issues have also been added to the program. The newer two are still in the early stages and are still getting their feet off the ground,” Bechard said.

North Dakota’s mediation program was created in 1984 to handle financial disputes. Although the basic format of mediation resembles South Dakota’s, North Dakota allows for additional subjects to be mediated, including energy development and landowner disputes about deer-caused damage. Mediation programs are also available in 28 other states, including Dakota neighbors Minnesota, Iowa and Wyoming.

Paul Shubeck has been a mediator in South Dakota for the last 25 years. After he retired to become a farmer in the 1980s, he decided to go back to school and get his master’s in business administration in 1985. He saw an ad asking for mediators to join a training program in South Dakota and pursued it.

Shubeck said mediation is often used for loan disputes and other financial problems.

“In most cases, the financial institutions start the process, but farmers can also request mediation. Lenders are required to try mediation first if the farmer owes more than $50,000. The parties are notified by letter and have 10 days to respond,” Shubeck said.

The actual mediation process is not free; the first hour is $50, and extra hours are $25 each. Paul Shubeck points out farmers also have access to free credit counselors to help them. Bechard said these fees do not cover the full cost of the program, so grant money from the USDA and general funds from the Department of Agriculture help cover the additional costs.

“They can request help from a counselor to get their paperwork in order before mediation starts, and things tend to go better if they do this,” Shubeck said.

Paul Shubeck notes that mediation is being used by fewer people today, and he tends to see three or four cases a year now.

“Years ago, when there was a farm crisis and interest rates were high, mediation was a lot more common. People were struggling, and banks didn’t want to foreclose. Back in the 1980s, I had two mediations a day and sometimes more. Now, the agriculture community is doing better, and I barely see three or four a year,” Shubeck said. “Back in 2009, the dairy industry was struggling, so a lot of dairies went under. We saw more cases at that time, but things have slowed down again.”

Shubeck explains that mediation is often the step before foreclosure happens. It gives all the parties involved a chance to talk and find an agreement. However, loans are not the only reason for people turning to mediation. Although he cannot provide details since the mediation process is confidential, people have used it for family disagreements, property disputes, inheritance disputes, water rights and other cases.

After 25 years, Paul Shubeck estimates that he has been involved in about 1,000 mediation cases. He points out that the current trend of fewer people using this service may be due to a lack of education. During previous farm crises, the S.D. Department of Agriculture did a lot more to let farmers know about mediation. Now, all the banks still know about this option, but many farmers are not aware of it. Nevertheless, there are still people who use it every year.

In a dispute involving a farmer and a financial institution, the success of the mediation often depends on the farmer’s past relationship with the bank, Shubeck said. If he has a good history with a bank, then it is more likely to work with him to reach an agreement.

“There is trouble if the bank is nervous about equity or the conversion of assets. Usually, they work on restructuring the loans by adding more years to them or changing interest rates, but the farmer always has to do something in return. Things have to change for mediation to succeed. The farmer may have to sell land or property. He may have to reduce expenses or change what he grows,” Shubeck said.

Ninety percent of the mediations he participates in reach an agreement, Shubeck said.

The same trend of fewer mediation cases per year that Paul Shubeck notes in South Dakota is present in other states. Many of the mediation programs are seeing fewer cases because there is no farm crisis. The programs remain in place because circumstances can change, and the option is there if people need it.

Lana Bandoim is a freelance writer and editor. Her work has appeared in publications ranging from Yahoo! News to Technorati.