As cell phone use grows, some connections harder to make

In today’s fast-paced, digital era, people are “connected” more than ever. But tasks that used to be simple—such as finding a phone number—are becoming more difficult.

“Because there is not a published directory of wireless phone numbers, people are tougher to find,” said Greg Dean, director of industry relations for the South Dakota Telecommunications Association. “A generation ago, most everyone had a landline, (and) their phone number was published in the phone book. … Now … it’s hard to track down people in this world, unless you have some sort of standing relationship with them.”

According to the 2013 National Health Survey by the National Center for Health Statistics, 31 percent of South Dakotans and 46 percent of North Dakotans use a wireless device as their sole means of communication.

Nationwide, 48 percent of households maintain a landline, according to South Dakota Public Utilities Commission Chairman Chris Nelson. The number of landline accounts in the Dakotas is significantly higher than the national statistics, according to the survey data—roughly two-thirds of South Dakota households and just over half of North Dakota’s still have them. 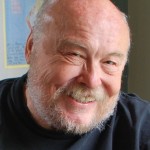 And the digital era has presented new obstacles to obtaining even landline telephone numbers.

“You cannot even look up a phone number on the internet without being charged,” said Ken Schmierer, a freelance journalist from Ellendale, N.D. “I have recently had to do this and I was successful but I had to work at it.  Many of the sites wanted me to pay for the service. … The inability to find a person phone number is a real issue.”

“If you’re in an area (where) you have real good coverage and you feel that that’s adequate service, some people determine they no longer need their landlines,” Christmann said, adding, “I think there are people who are looking to only carry one device.”

Demographics may determine whether a household utilizes a cell phone, landline or both.

“Younger people—because wireless devices are what they have in essence grown up with—they aren’t as likely to use a landline phone as maybe somebody in the older generations,” Dean said. “Just the fact that there aren’t as many people living in certain parts of South Dakota as there were 10, 20 or 30 years ago” affects the number of landline services in a given area.

“A lot of our old farmsteads were built 100 years ago, and they were built down in the valleys to get them out of the wind,” Christmann said, “so the houses are right where you have the poorest cellular service in many cases.”

“We have a lot of places in the state that simply don’t have good cell phone coverage,” Nelson said, agreeing that landline service can be crucial in emergency situations. “We typically get very, very good service from our local telephone companies … we have a very rural state, and for the security function—if they need to call 911, they can,” regardless of cell phone reception and the status of a cellular phone battery.

Transition to wireless expected to continue

Experts predict that the shift to cellular communication will continue, but Christmann said the increase won’t be like the “explosion” of the past 15 years, as most consumers have now been introduced to the relatively young technology. 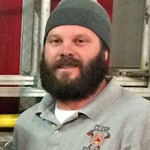 Even some Dakota businesses are moving to wireless communication.

“It has definitely helped our business,” said Jeff Seefeldt, co-owner of J&J Heating and Air Conditioning in Clark, S.D. “I’m hardly ever in the shop to answer that phone in person. I can be reached 24 hours a day on my cell phone. … In our business, we get more calls on our cell phones than we do on our office phone. … Getting rid of your landline means fewer long distance bills.”

Dean said it is unlikely a majority of businesses will completely do away with their landlines, however.

“If you’re in the business world, you need to be able to talk to your customer, and one of the easiest ways to do that in this world is still through a printed phone book,” he said. “The reliability of a landline phone is generally significantly higher than a wireless phone for a variety of reasons, so from a business standpoint, having a landline continues to make better sense than having wireless only.”

And Christmann pointed out that having basic phone service is relatively inexpensive.

“By comparison … traditional phone service, if you don’t have a lot of add-ons, is pretty economical. It varies between the companies, but I think in most cases it’s under $20 (per month),” he said.

Plus, Dean said, local telephone companies provide more to their communities than a connection to the outside world.

“Not only are these companies community-based—to them, the communities that they serve are extraordinarily important,” he said. “The customers they serve are real people. … To a national company like Verizon or AT&T, there are going to be a lot of people within those companies who couldn’t even find Kimball, S.D., on a map, so … people really are lucky that they have a service provider that is local, that is governed by their neighbors, and really is invested for the short term and the long term.”

Local companies likely will continue to evolve as much as the national companies.

“A lot of the industry is transitioning into internet-based telephony, both on the wire line and wireless side,” said Dean. “The digital wave of transfer of both voice and information is where all of the industry is headed, in both the short- and the long-term future. It’s going to change how people communicate going forward.”

But Nelson said local telephone companies are urging the Federal Communications Commission to change regulations that would make it possible for them to offer less expensive broadband-only packages to consumers, who currently must have telephone service in order to utilize those services.

“Once that happens, a couple of things will happen,” he said. “More people will give up their landlines, and it will also incentivize people to get or keep that broadband wire.”

Although the Dakotas have been slower to evolve to wireless-only communication, their service providers are at the forefront of telecommunications evolution, according to Dean.

“I’ve been impressed with the foresight that South Dakota’s community-based providers have, in terms of adapting to new technologies,” said Dean. “They are very much getting themselves ready for this transition into an internet-based world. … They have put a significant amount of fiber-optic lines in the ground that have the capability to handle large amounts of information and data transfers going forward. That will certainly prepare them to provide the best services possible to customers in small towns and rural areas all over South Dakota.”