This is the question that started the group gathered at the March Prairie Idea Exchange event talking. The conversations ranged widely, and what people had noticed sometimes contradicted the observations of others—not surprising, considering participants came from different places and had different experiences.

Here are some of the trends that seemed to be common threads in the group’s conversations. Most of these ideas are not unique to our region; national groups working on downtown revitalization have noted many of these trends as well.

1. Many businesses are closing or have closed.

In the 1980s and ‘90s, the big threat to Main Street businesses was the shopping mall and the big-box stores often located near it. Malls proliferated after the construction of better roads, including the interstate highway system, which changed how people viewed how far they could drive for daily needs, according to the National Main Street Center.

“With improved transportation routes, people found it easier to travel longer distances to work or shop,” according to an article by the National Main Street Center. “Downtown businesses closed or moved to the mall, shoppers dwindled, (and) property values and sales tax revenues dropped.”

In smaller towns, Main Streets were also affected by the ups and downs of the ag economy and the depopulation of rural communities.

Some of the types of businesses that have struggled in area communities include grocery stores, hardware stores, restaurants, shoe and clothing stores, and furniture and appliance stores.

More recently, rural Main Streets have been affected by Internet competition. People can get exactly what they want online, and UPS and FedEx deliver even to the most rural of addresses.

Don Schumaker of Schumaker Home Furnishings in Britton, S.D., has seen people come into his store to shop then go home to order the items online—what’s called “showrooming.”

“It’s becoming common practice in the industry and getting bigger,” Schumaker said in a 2012 Dakotafire article.

According to the Bloomberg Intelligence 2015 Outlook for the Retail Industry, released in January, the increase in online shopping may mean fewer brick-and-mortar stores overall, with a number of store closings expected this year.

There is, however, also an opportunity for rural businesses through the Internet, as online shoppers can provide an important supplement to their local business.

“We’ve learned that the most interesting things going on with Main Street businesses are not sometimes what’s going on on the retail floor—it’s what they’re doing in the backroom or on the Internet,” said Craig Schroeder, senior fellow with the Center for Rural Entrepreneurship in Lincoln, Neb.

Schroeder tells the story of visiting two pharmacists in Orton, Neb., about a decade ago. The pharmacists gave him the standard tour of the retail facility, then told him, “but what’s really interesting is what we’re doing in the basement.”

That’s where they had seven licensed pharmacists compounding drugs for doctors all over the Midwest who had allergies to standard medications.

“Even the economic development director didn’t know that was going on,” Schroeder said.

2. There are many empty lots on Main Streets, and second stories are unused or underutilized.

As businesses closed or moved, they were not replaced as quickly with new or relocating businesses. This left empty spaces and sometimes entire buildings on Main Street.

Sometimes those buildings—especially their second stories—are used as storage, some of the PIE participants noted.

Buildings that aren’t used often aren’t maintained, which meant eventually some of those buildings were dilapidated and beyond saving.

In some communities, it seems like the whole of downtown is gone.

“There’s just nothing left” in some small communities, said Margot Gillette, the executive director of Beadle and Spink Enterprise Community.

Main Street often doesn’t look as good as it could, PIE participants agreed.

Some businesses in “survival” mode think they have more important things to worry about, or businesses that are doing OK might think there’s no point in investing in appearances or upgrades when they don’t see a return on investment.

Carla Burns of the Small Business Development Center in Aberdeen said she’s seen the outsides of buildings being renovated but little work done inside.

“The insides of businesses are being renovated, and they are welcoming and well displayed … but you wouldn’t know that from the outside,” Salmonson said. “So for somebody who isn’t from town, they are going to drive right through and say there can’t be much in there because it’s really an old building. But for someone from town, they don’t even see anything wrong with it. They go there and know it’s nice inside. They look past it.” 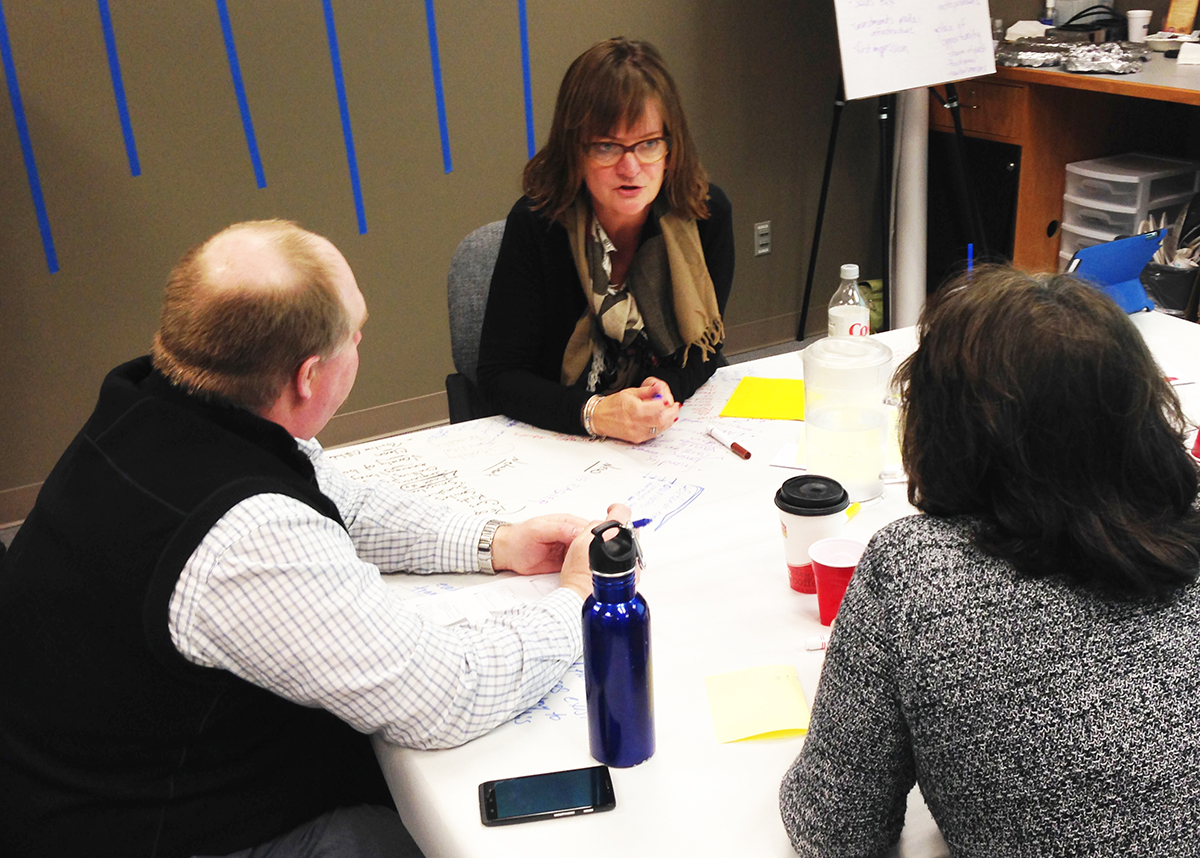 4. “Main Street versus the highway” is a dilemma in many communities.

In communities with both a Main Street and a highway that has any measure of passing traffic, deciding where to invest their money and energy is a difficult decision.

Main Street is the traditional business center, but fewer people are detouring to do their business there. The highway (obviously) has lots more traffic, but it has not been built to be a gathering place in the same way that Main Street traditionally has been.

Both businesses and economic development groups have to weigh those factors in their decisions, PIE participants said.

5. Customer and business relationships are not always strong.

There’s room for improvement in all the relationships on Main Street, PIE participants suggested.

Small-town businesses often have a reputation for being friendly, but not always. Sometimes Midwestern shyness gets in the way, and some business owners place no value on service at all, thinking just being here keeping the doors open is enough, one participant said.

Customers aren’t always prioritizing a relationship with local businesses, thinking “I can get it cheaper at Walmart.”

What are you seeing happening to Main Street in your community? Share your thoughts at www.pie4.us [3].