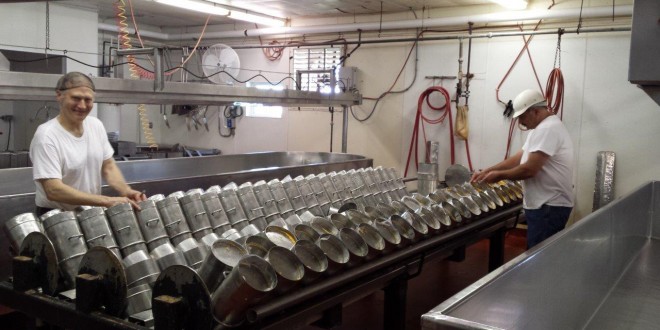 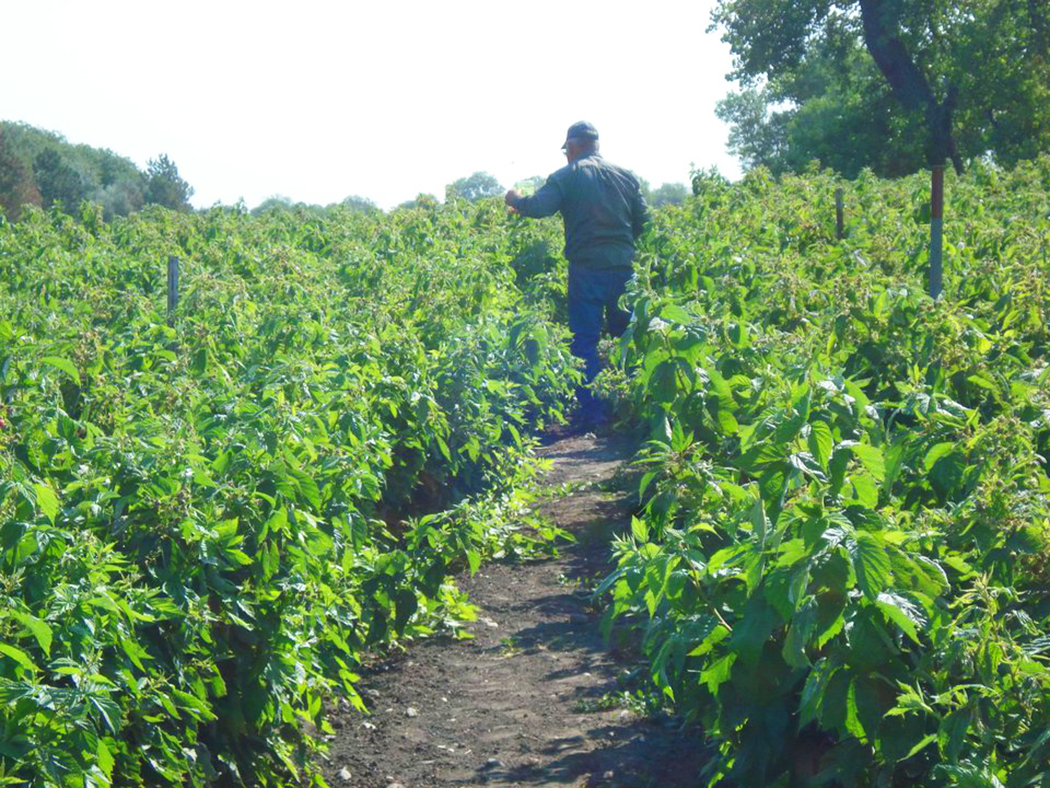 LeRoy Lohmiller tends to two acres of raspberries at Farmer in the Dell in Delmont, S.D. Courtesy photo

“It’s adding value all of the way down to your Main Street,” said Ty Eschenbaum with the South Dakota Department of Agriculture.

The population of rural South Dakota counties has dipped an average of 8 to 10 percent each decade since the 1930s, but those declines could have been more drastic if the state were only producing raw commodities for export.

“Operations get bigger and technological advances allow less operators to farm more acres, and things are becoming more automated, and that means less families and less people,” Eschenbaum said. “(We can’t afford to) ship out our corn and soybeans along with our next generation of young talent, so that it can be further processed outside of our state’s borders. … That’s what value-added agriculture is all about.”

Simply put, “value-added agriculture” seeks to transform commodities grown in the Dakotas into higher-value products that mean economic development and jobs for local people, such as through ethanol production or feeding livestock, according to Eschenbaum. The most important Dakota-raised commodity is neither planted in a field, nor butchered—it’s the effort and talent of the region’s people. That value can be preserved if efforts to increase ag-related commerce in the Dakotas continue to rise.

“There are other states using our corn (that was) grown in South Dakota, our cattle that are born in South Dakota, and probably our talent in the form of human capital that was raised in South Dakota, and they’re putting the three together in one of our adjoining states, and they’re making money off of it,” Eschenbaum said. “Those are things that could be happening here. … In South Dakota, ag is our No. 1 industry, and that’s what we’re good at. By taking things that we’ve done, that have been grown on our land for generations, and coming up with value-added opportunities, (we are) helping people find good jobs and stay here if they choose to do so.”

Cheri Rath, executive director of the South Dakota Value Added Ag Development Center, said it is important to remember that all successful ag-related ventures are adding value to the local economy, regardless of the number of jobs they provide.

“A few jobs in a small community are as important as a lot of jobs in a bigger community,” she said. “There is a place for small, medium and large-sized businesses … whether it be ag or non-ag.”

While larger farms are keeping “big ag” industries such as ethanol, biodiesel and the meat markets running smoothly and providing numerous jobs, the smaller, typically niche producers are offering an opportunity for collaboration in harvesting and growing businesses together.

“What that does is further diversify South Dakota, providing more opportunities to our communities, because there are more things they can engage in (and) … allowing for interaction between community and farm,” Rath said.

But the larger value-added ventures provide a completely different type of opportunity.

“If you get into the processing side, it tends to be very automated, and the jobs you provide can be very technical, so you can retain some youth or bring youth back,” Rath said.

Large or small, value-added ventures can and do keep communities alive in many instances.

“Dimock Dairy is helping keep Dimock alive,” business manager Tina Roth said. “The post office is still basically open because we access and use it.”

Dimock Dairy provides six fulltime jobs to its namesake town of 125 in southeastern South Dakota, and the workforce doubles during the busy holiday and hunting seasons.

“There’s a huge amount of pride associated with the name Dimock Dairy, and the good, quality product that is put out plays a huge role in repeat customers,” said plant manager Darren Bigge. “(People) even generations removed from the farm, that have moved away to other states … make it a point to stop at Dimock Dairy and get some cheese” when they are in the area.

The families of almost all of the current producers have been associated with the dairy for generations, and some of them even were on its waiting list in the earlier years.

“It’s been a staple in their farming histories,” Bigge said, but “small dairy farmers are getting fewer and farther between.”

The dairy has been threatened with closure a few times over the years, but locals rallied to keep the milk stirring.

“(The community) promoted the product to their family and their friends (by) sending it and giving it” as gifts, Roth said. “I don’t think there’s a Kurtenbach in the United States who doesn’t eat Dimock cheese, and they live all over the place. They believe in the product, (and) they believe in Dimock.”

The dairy’s adherence to tradition has kept both itself and its producers in business over the years.

“We don’t have all these machines that we just punch a button and watch it go. It’s still (made) the old-fashioned way, and I think that’s why we have a good product,” Roth said. “(We’re) working with our small farmers and giving them an outlet for their farmers … rather than them having to sell to bigger farmers, who probably take their (commodities) out of state to sell it.”

LeRoy and Nancy Lohmiller moved to the Delmont, S.D., area from Baltic, S.D., seven years ago, to test the idea that “10 Acres is Enough”—which was the title of a book Nancy had read.

A year after moving onto the 20 acres now known as Farmer in the Dell, the couple planted 2,000 raspberry plants. Today, raspberries cover 2 full acres at the farm, and Lohmillers now also grow black raspberries, strawberries, blueberries, blackberries and Saskatoon berries.

Initially, the plan was to grow enough berries to prepare specialty jellies, jams, sauces and syrups for area farmers markets, but the crop yielded better than expected. Even employing the help of several friends, family and locals in recent years, countless berries were missed, so last year they opened a “U-Pick-It” section to the business, allowing customers to walk the rows of berries, selecting their own, and pay by the pound.

“We’ve got people coming from clear over on the other side of the river for our raspberries now,” LeRoy Lohmiller said. “It’s kind of a novelty for some of them. There are some people who have never (picked berries). … Sometimes they will bring their children along, and sometimes it’s just a mother or a couple, and they’ll come out and pick it and enjoy it a while and get some good fruit.”

The secret to the “good fruit” of a small berry operation, according to Lohmiller, is good fertilizer—mixed with a little extra sugar—and a lot of attention.

“You’ve got to keep busy, or you fall behind,” he said.

Looking into the future, the Lohmillers are considering installing a commercial kitchen for processing the canned goods, in order to expand their market into area grocery stores. In the meantime, they will continue to raise a few calves, pigs, ducks and chickens, milk and, of course, pick berries.