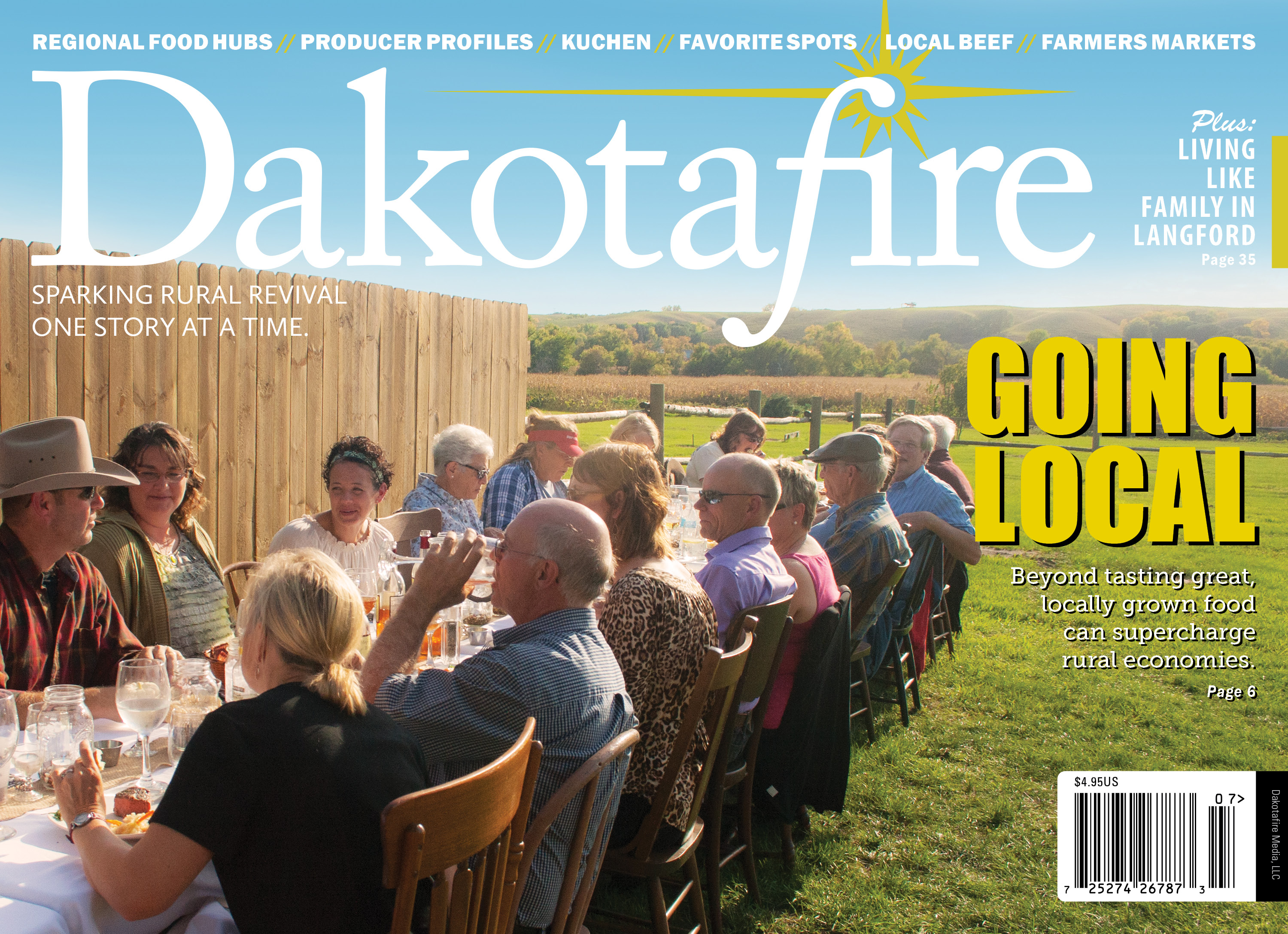 [1]The main story in Dakotafire’s July/August 2014 issue started with these words:

“The 2012 Census of Agriculture paints a rosy picture for the economics of agriculture in the Dakotafire region.

“Actually, the picture is beyond rosy. You could call it golden.”

The report presented the results of an economic analysis of the Dakotafire region, which caught the numbers at a phenomenal peak: “Sales of farm products increased by a staggering 93 percent from 2007 to 2012, to $3.6 billion in crops and livestock sold in 2012. … For many farmers, (2012) was the year they’d dreamed of: Everything went right.” 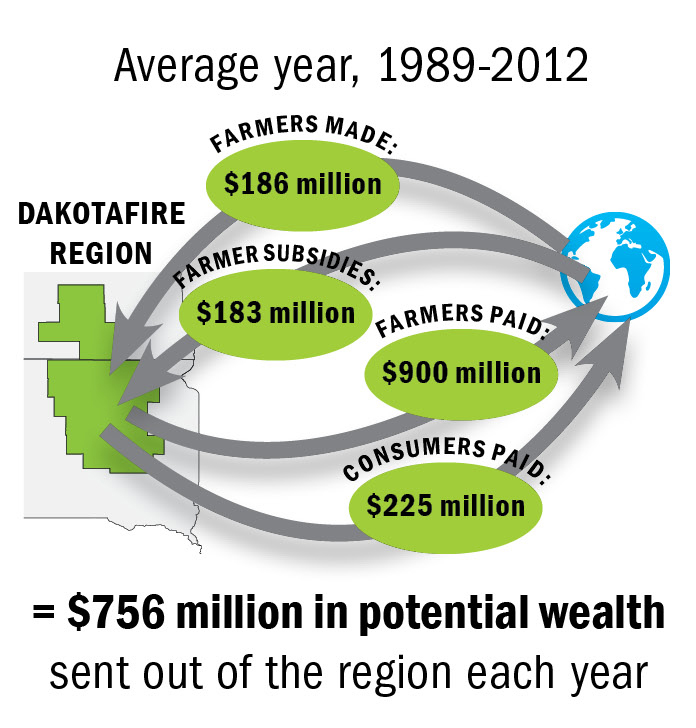 [2]That picture has changed since then, as crop prices have dropped significantly. But even at the peak, wealth in the ag sector did not translate directly into increased wealth for everyone in the region, for improvements in communities, or more healthful food.

“You have this situation where farmers are making money in a sense, but they are also shipping a lot of money away from the region in the course of doing well,” said food systems analyst  and report author Ken Meter.

“What could you do to grow as a region to grow new fertility—bringing animals back to the land, doing more crop rotation, planting in ways that could be sustained with inputs you can actually generate from the region?”

See the issue at dakotafire.net/issue/dakotafire-july-aug-2014/ [1]

Counties in the Dakotafire region:

The “Dakotafire Region Local Farm and Food Economy” report put together by the Crossroads Research Center is available online: www.dakotafire.net/local-food-report [3]

View all of the articles from this month’s Prairie Idea Exchange by following this link Connecting Ag and Community [4].