The only time infrastructure really comes up in conversation is when some critical piece of it is missing: when there are no public bathrooms in a park you are visiting, when the sewer backs up, or when the road is full of potholes. No one talks about how handy the bathroom was, the fact that the sump pump’s not running, or how smooth the road is on your commute.

We don’t really want to think about it. If we want to talk about investing in big projects, we’d rather think about building a big new ethanol plant or wind farm. The positive returns from such projects are much easier to measure and to comprehend, and they all have more appeal than those boring pipes that no one sees anyway.

If leaders are going to get the public to pay attention to their infrastructure problems, small-thinking discussions about short-term fixes and getting by are not going to cut it. Who wants to pay for a still-costly solution that’s only “making do”?

We are going to have to make a more credible case to the public that these projects will make their lives better. What we need is a vision—a vision of the kind of communities we want to live in, which includes the infrastructure projects that we’ll need to get us there.

My favorite author and agricultural philosopher Wendell Berry has said he is suspicious of visions, as he hopes we all are; visions sound expensive and (as my grandmother would have added) a little too fancy for plain folk.

Nevertheless, for everything there is a season, and the time for bold, visionary thinking has arrived.

Or, I should say, it has arrived again. America has had several crucial periods of national planning, from the Gallatin plan that outlined how a nation could span a continent, to the New Deal-era plans that sketched out a national road system. This nation would not be what it is today if people along the way had not argued for big thinking about national infrastructure.

“The Constitution in many ways is a charter for national planning,” said Robert Fishman, a historian from the University of Michigan-Ann Arbor, on National Public Radio in 2008 [1]. “It calls for a national vision.”

A few years ago, a diverse group of national leaders got together to discuss the nation’s infrastructure needs and create a comprehensive plan for the future. The resulting report, called “America 2050: An Infrastructure Vision for 21st Century America,” [2] was intended to start a national push for improved infrastructure:

America faces a host of challenges in the coming century, all of which will have profound impacts on the nation’s future growth and development. … In the face of these challenges, though, America is flying blind. No national strategy exists to build and manage the infrastructure system needed to sustain inclusive economic growth and our competitive position in the global economy.

Unfortunately, the timing of the report’s release, under the cloud of forecasts of looming financial apocalypse in 2008, made it pretty much dead on arrival in the national conversation.

Over the first half of 2012, the North Dakota USDA Rural Development [3] office has had a more promising beginning to a conversation on a vision for North Dakota’s future, including a statewide infrastructure plan. The fact that North Dakota is in the midst of an oil boom, with the benefits, headaches, and general upheaval that come with it, means that North Dakotans are in a frame of mind to think about change, since they are already living it.

As Jasper Schneider, director of ND USDA Rural Development, points out in the resulting “North Dakota 2.0” report [4], “The worst thing that could happen to us as a state is we reflect back on this time of prosperity and wish we had made better choices or wiser investments.”

No upheaval has prompted similar forward thinking in South Dakota; the state doesn’t have a sudden wealth of resources at its disposal. But, though that makes a statewide conversation more difficult to start, it also means it’s more important. We do not have resources to waste, which is what happens when people aren’t communicating and end up duplicating efforts, working in ways that aren’t efficient, and not thinking about future needs or the big picture.

Schneider said his office has played its role in starting the North Dakota conversation, but that they’ve carried the ball this far down the field and now must hand it off to other players. Leaders are going to have to step up to make the plan happen. In South Dakota, a statewide conversation about a bold “2.0” vision for the future is needed, as is the leadership needed for follow-through.

This is not a process that will be comfortable or easy, but it will be meaningful. As the “North Dakota 2.0” report points out, “Making North Dakota a leader, known for its educational system, its industries, and its people, will require boldness and passion for the future. Nothing of import comes from timidity.”

A conversation about boring pipes it’s not.

Americans have had significant infrastructure needs in the past, and they have created national plans to address them.

According to Robert Fishman, a historian at the University of Michigan in Ann Arbor, the nation’s past infrastructure projects really “created the country.”

“Think about the incredible task of spanning a continent, of uniting this vast area into one country, into one economy,” Fishman said in an interview on National Public Radio in 2008. “This was inconceivable without conscious national planning at the larger scale.”

Here are some of the biggest national infrastructure plans and how they affected the nation, as described in the “America 2050” report. 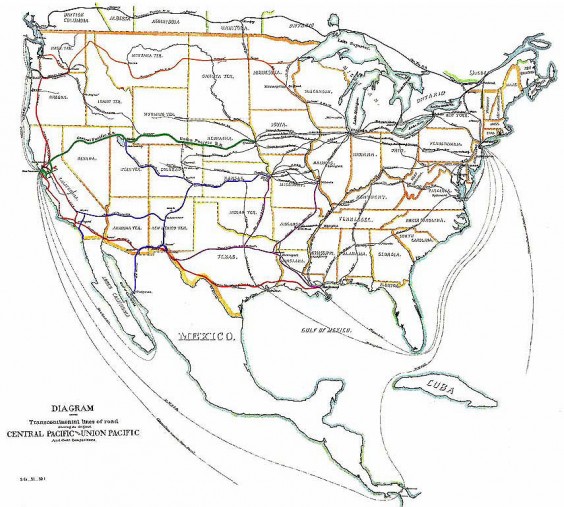 1808: Treasury Secretary Albert Gallatin put together a national plan of roads, ports, and inland waterways that would connect the nation’s new settlers. The plan supported the “homestead vision” of Thomas Jefferson. The Erie Canal in New York State was one result of this plan; the Homestead Act, the transcontinental railroad and the Morill Land Grant Colleges Act, which all shaped the future of the Dakotas, were later developments based on this plan.

1908: Theodore Roosevelt brought together governors to put together a national plan for inland waterways. The Roosevelt Dam near Phoenix, the Colorado Compact and the Hoover Dam were all projects that resulted from the Inland Waterways Commission.

1930s and ‘40s: Franklin Roosevelt established the National Resources Board, which guided the infrastructure projects that were part of his New Deal. The board was directed to account for “the distribution and trends of population, land uses, industry, housing, and natural resources” across regions to assure that federal spending would deliver “comprehensive and coordinated” results. The board created a plan for a National Toll Road and Free Road System, which later was worked into the interstate highway system by Dwight Eisenhower.

Fishman also pointed out that Albert Gallatin, the 1808 planner, understood that maintenance was at least as important as the initial investment. “Today there’s just a sense we can get by in the minimum,” he said, “[which is] undermining the massive investment that we have made over 200 years through these national plans.”